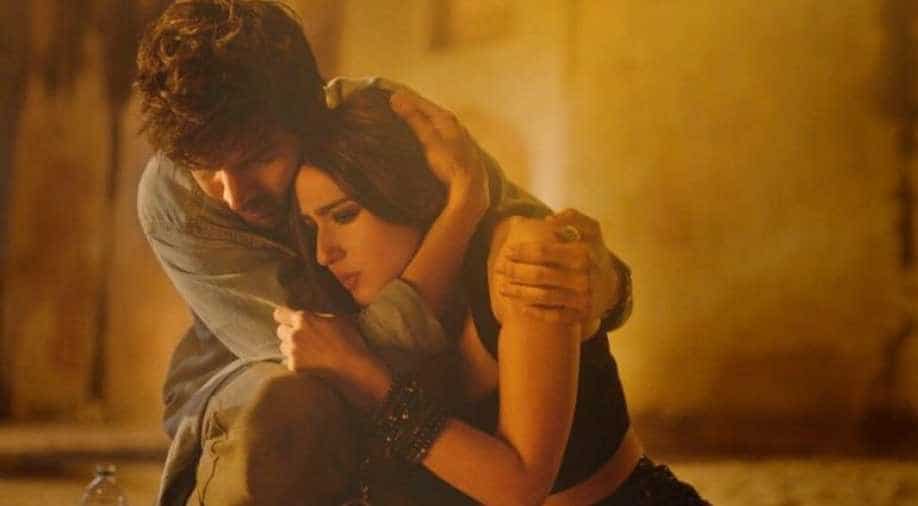 After giving hit tracks 'Shayad' and  'Haan Main Galat', the makers of the 'Love Aaj Kal' movie dropped the film's third song, a rather moving track 'Mehrama' on Friday.

Music by Pritam, the three-minutes and fifteen-seconds video exhibit the emotional journey of lead actors Kartik and Sara post their separation.

The video further follows the scenes where they are trying to fill the void in their lives by engaging themselves in work but only to get spiraled up with the memories of the good times they shared.

Crooned by Darshan Raval & Antara Mitra, the mood of the song is emotional and sets a melancholic vibe. 'Love Aaj Kal' is the remake of the 2009 movie by the same name. The original movie featured Sara's father Saif Ali Khan and Deepika Padukone in the lead roles and explored two love stories set in different time periods.

The movie will feature Kartik Aaryan and Sara Ali Khan in the lead roles.

The movie, which is set to release on February 14, presents Kartik and Sara as Veer and Zoe.