WION exclusive: Rapper Karma: Raftaar is more than a mentor, our brotherhood's ever growing 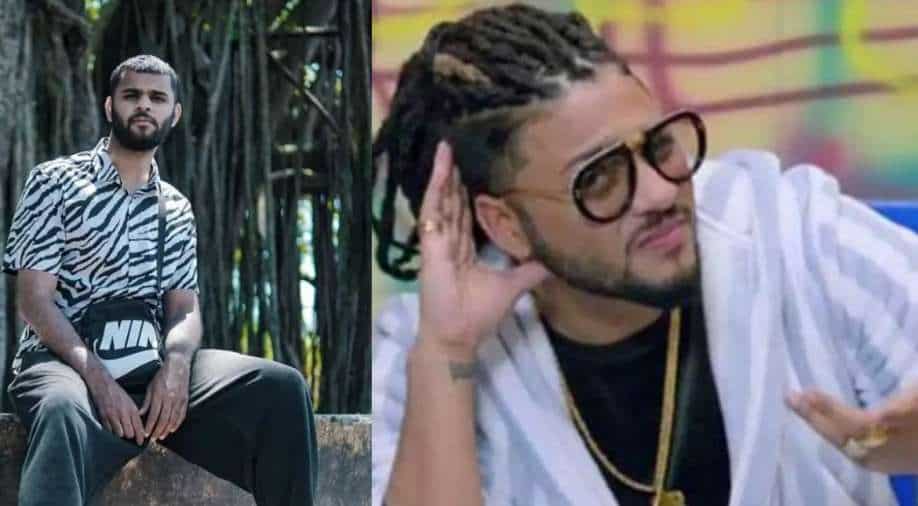 "Hip-hop is a very expressive art form and music gave me the superpowers to convey my message as it is out to the people," says rapper Karma during an interview with WION.

An introverted rapper Karma found solace in music, so, he started writing rap songs. From humble beginnings to now being a well-known rapper in Mumbai's booming rap-and-hip-hop scene, the young musician has come a long way.

In this exclusive interview with WION, Karma talks about life struggles inspiring art, his rapport with Raftaar and talks about the 'superpowers' he has. Excerpts:

WION: Tell us about your music journey and what influenced your choice to become a rapper.

Music journey has been great. I started writing songs in 2011, used to upload videos on YouTube and now , its my fourth year of being a signed artist and thankfully things are good. I used to be a very introvert guy, and I found that music was my medium to express my thoughts out. Hip-hop is a very expressive art form and music gave me the superpowers to convey my message as it is out to the people.

WION: Tell us about your latest album 'M. Y. P'-Made you proud' and its key inspirations.

'M.Y.P - MADE YOU PROUD', is my debut album, and a very special project to me.
It's a tribute from my side to my late father and everybody else who supported and believed in me from day one. I took my time to complete the project, The goal was to showcase versatility and that's what I was able to achieve. The features on the album, the producers, the music videos, made it a  project full of colours and full of different vibe.

WION: How did you cope with the loss of your father at such a young age and how did that influence your choices?

It was very sudden and I was 22 at the time, responsibilities came and I was a new guy instantly. This is not something to cope I guess, you just try your best to live alongside the fact that a major part of your life is gone.

WION: Did stammering ever pose as a shortcoming for you professionally and how did you make it an advantage for you?

Stammering can be a big problem if you want to succeed with an artform like Rap.
This need proper diction, flows and everything else. The fun part is that I never stammer while rapping thus its was never a problem professionally.

WION: Tell us about your mentor Raftaar and some unique experiences you have shared with him.

Its always good to have the best people around. Raftaar is more than a mentor, he and I share a very unique bond. The brotherhood grows deeper every time we meet. It's always a good experience working with him. Studio sessions are fun and informative.

WION: What is your view on the current hip hop scene in India and how do you see yourself in this scene, in what capacity?

Hip-hop scene in India is blooming right now and It's really good to see that. Current hip hop scene is very vast, everyone is making different sounds and everybody is grabbing a different kind of audience. The good part about my music is that it's a common man voice. Everybody relate to it and that is a huge advantage to an artist because in the end you want your music to be receptive by Mass.