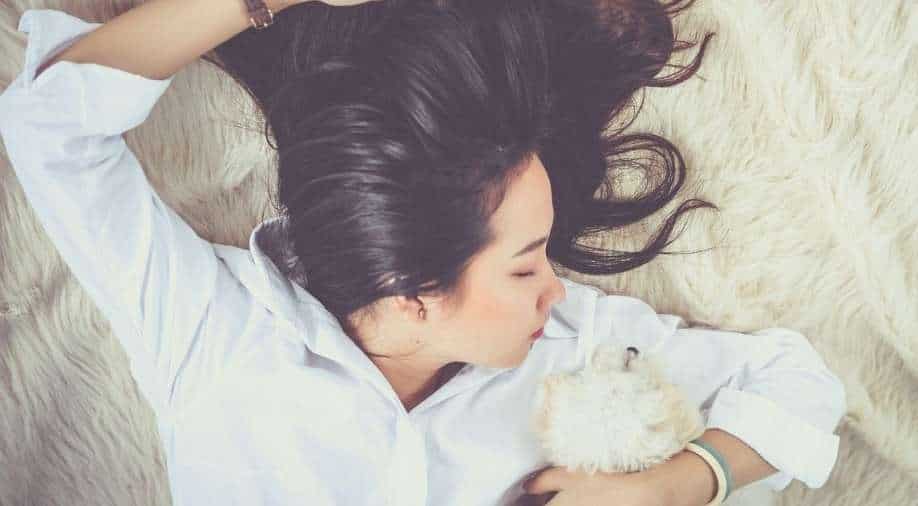 The human brain pays attention to unfamiliar voices during sleep. Photograph:( Others )

Researchers recruited 17 volunteers, out of which 14 were female for the study with no reported sleep disorders

What happens while we sleep? Scientists and experts have weighed in on how the human brain behaves during sleep.

Earlier, people used to believe that the human body remains physically and mentally inactive while sleeping. However, later studies and research claimed that the body and brain keep working all night long, which is a key for health.

Now, a latest study tells how humans respond to voices, especially 'unfamiliar' sounds when they are sleeping as Austrian researchers measured the brain activity of sleeping adults to assess how they react to familiar and unfamiliar voices.

As per the study led by researchers at the University of Salzburg and published in the journal JNeurosci, the human brain pays attention to 'unfamiliar voices' in order to stay alert to potential threats during sleep.

There are two main types of sleep that we cycle in and out of when we rest - rapid eye movement (REM) and non-rapid eye movement (NREM) sleep. NREM is the first stage of sleep and the study found that during this stage, hearing unfamiliar voices when asleep caused the human brain to 'tune in'.

The study sheds light upon how the brain continues to monitor the surroundings we live in as we sleep even though our eyes are shut off.

The study overall outlined how unfamiliar voices – like those from a TV, music, etc, can  – prevent a restful and peaceful night's sleep because as mentioned, the brain is on higher alert and paying attention to the voices.

"Our findings highlight discrepancies in brain responses to auditory stimuli based on their relevance to the sleeper," the team say in their paper.

"Results suggest that the unfamiliarity of voice is a strong promoter of brain responses during NREM sleep," they added.

Researchers recruited 17 volunteers, out of which 14 were female for the study. Their average age was of 22 years and the volunteers had no reported sleep disorders. They were fitted with polysomnography equipment during a full night's sleep.