Prince William is still 'upset' with Prince Harry but hopes 'time will heal the relationship': Report 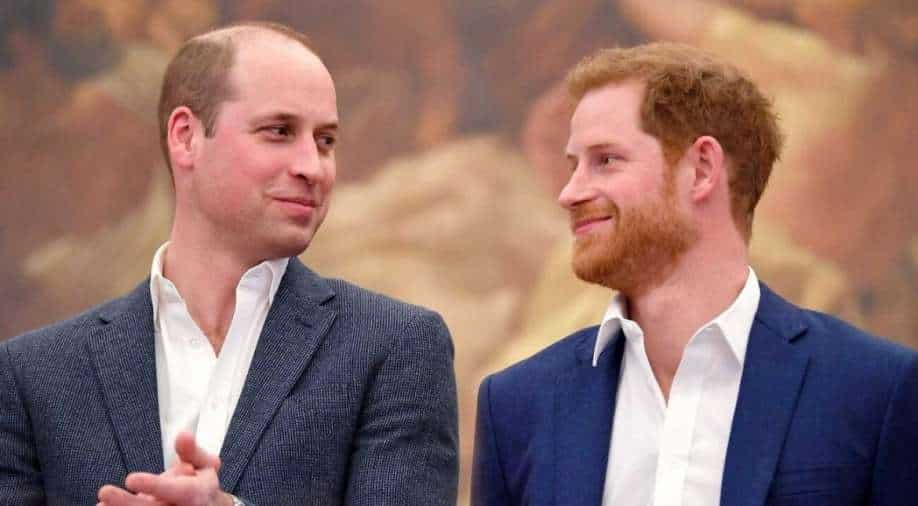 William was the most upset by a statement Harry and Meghan released last year, as they prepared to step down as senior members of the Royal family.

Prince William reportedly misses his brother Prince Harry. According to The Sunday Times, despite the tension between the two brothers William hopes that their "relationship will heal with time."

William was the most upset by a statement Harry and Meghan released last year, as they prepared to step down as senior members of the Royal family.

While outlining their plans to launch a non-profit organization following their exit, the couple released a statement which in part addressed the rules surrounding the use of the word "royal.' "

"While there is not any jurisdiction by The Monarchy or Cabinet Office over the use of the word 'Royal' overseas, The Duke and Duchess of Sussex do not intend to use 'Sussex Royal' or any iteration of the word 'Royal,' " the message read.

A source close to the Duke of Cambridge told The Sunday Times, "That was it for William, he felt they'd blindsided the Queen in such an insulting and disrespectful way."

"Once he got over the anger of how things happened, he was left with the absence of his brother," a source told the outlet. "They shared everything about their lives, an office, a foundation, meetings together most days and there was a lot of fun along the way. He'll miss it forever."

Another source told the outlet that while William, 38, is still "very upset by what's happened," he's "absolutely intent that he and Harry's relationship will heal in time."

During his joint Oprah Winfrey interview with Meghan, Harry acknowledged that he and his brother, who is second in line to the throne behind their father, are on "different paths."

"I love William to bits. He's my brother. We've been through hell together," Harry, 36, explained. "But we are on different paths."

Although he described his relationship with his older sibling at the moment as "space," Harry reiterated that he "will always be there" for William.

While stepping out for the first time since the interview aired, William told reporters that he hadn't "spoken to" his brother about the sit-down yet, "but I will do."  Since then, both William and their father have been in contact with Harry.

"Harry has talked to his brother and he has talked to his father too," Gayle King,  who is friends with Oprah and the Duchess of Sussex, revealed on CBS This Morning recently. "The word I was given was that those conversations were not productive. But they are glad that they have at least started a conversation."

According to a People report,  the relationship between Charles and his sons has been complex for years. "There has always been this complicated relationship with their dad," a palace source was quoted saying. "It's not a straightforward father-son relationship," the palace source added. "He is their father and their boss, and they are beholden to him to fund their offices and lives."