Love (bite) is in the air! Pete Davidson flaunts colossal hickey on date with Kim Kardashian 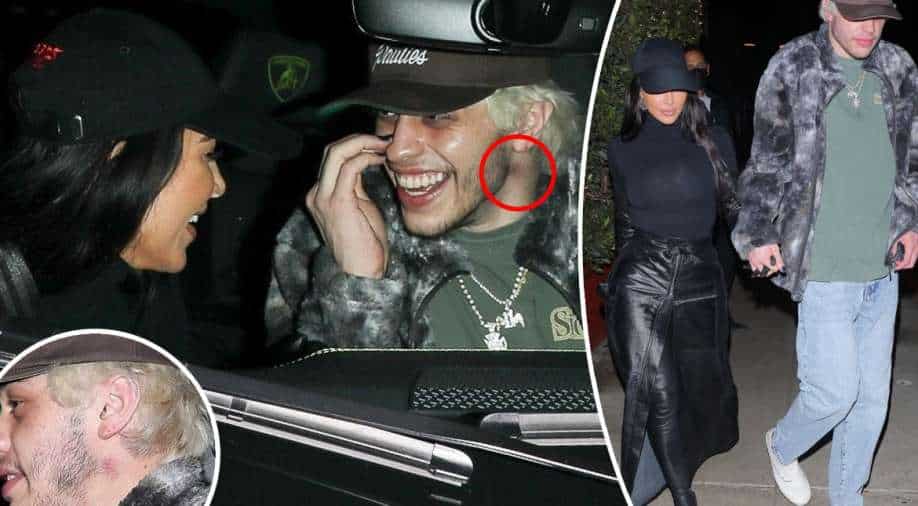 “She’s (Kim Kardashian) acting like a teenager. She’s constantly giggling. Pete Davidson has made her feel like the clock has moved 20 years back. She seems happy," a source told an entertainment portal.

Just days after Kim Kardashian and Davidson's dating rumours turned out to be true, the lovebirds were spotted dining together. And a close-up shot of Davidson proved that they are going strong: he was seen with a giant hickey on the left side of his neck, directly below his ear.

Also read: Shahid Kapoor: Went to everybody like a beggar after 'Kabir Singh' released

The duo reportedly spent a romantic dinner date together at Giorgi Baldi in Santa Monica, California on Sunday evening. Kardashian and Davidson boked a private room of the restaurant, reports state.

For the outing, Kim Kardashian wore a black baseball cap, black turtleneck and black leather gloves, with boots and a matching maxi skirt, while Davidson wore a similar fashioned baseball cap. He also wore a black and white fuzzy jacket, an army-green tee, blue jeans and a pair of sneakers.

“She’s (Kim Kardashian) acting like a teenager. She’s constantly giggling. Pete has made her feel like the clock has moved 20 years back. She seems happy," a source told an entertainment portal.

The two may be open about them dating but are keeping the details of their relationship "under wraps".

“He’s so funny and is a really good person. All of the friends love him. He’s the sweetest person,” the source said of Davidson.