'Jeuje,' 'Zhoosh,' 'Zhuzh': A word of many spellings, and meanings 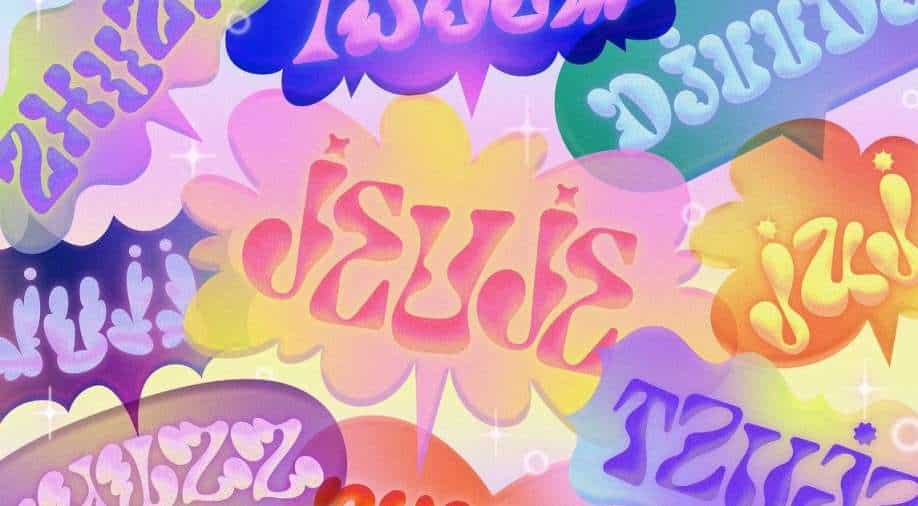 Commonly used to describe that extra something added to almost anything, the slang term “jeuje” has a centuries-long history. (Kookie Santos/The New York Times). Photograph:( The New York Times )

Slang has historically emerged through spoken language; words didn’t used to find their way into print until they’d been heavily codified

When you fluff up pillows on your well-worn sofa, or turn your shirt sleeves up just-so, or sprinkle some spices over your morning eggs, you may be engaging in the art of the “jeuje.” Or is it “zhoosh”? Make that “zhuzh.”

However it’s spelled, the word is used to convey what is often hard to: the act of adding an extra something special, a little oomph, to a dish, hairdo, outfit or any number of things.

But where did it come from?

Theories abound online. A few have placed their bets on Yiddish. Others swear the term is Romani in origin, derived from the word “zhouzho,” meaning clean or neat. And still others insist that it is an expressive formation, like “whoosh.”

The most interesting origin story is also the one with the most historical backing. According to Paul Baker, a linguist at Lancaster University in England, the word can be traced to Polari, “a secret form of language, used mostly by gay men, which flourished in the early 20th century” in the United Kingdom.

According to Baker, who has written two books on Polari, including “Fantabulosa: A Dictionary of Polari and Gay Slang,” the language is the product of “a very complicated and nonlinear chain” of events. He said it probably began as workplace slang among British sailors, who, traveling abroad, encountered the lingua franca of mainland Europe — i.e., French — and brought it home.

Since sailors knew all manner of ropes, knots and rigging apparatus, they often took jobs on land as theater stagehands and circus performers. Polari thrived among Britain’s fairgrounds, circuses and markets, metabolizing words from here and there (including bits of Romani), then twisting — or zhuzhing — them up.

Some Polari terms are “back slang,” or existing words pronounced as if they were spelled backward (“riah” for “hair,” for instance). By the 20th century, Baker said, Polari was spoken throughout the gay community in Britain, which had been driven underground by the country’s laws policing sexual behavior.

Baker said the language allowed gay men to communicate frankly and identify one another, but with its irrepressible jauntiness, it also celebrated the customs and spirit of a marginalized community. “It was also used for general gossip, to be hilariously funny, and to ‘read’ people with the most cutting put-downs,” Baker said.

Jonathon Green, who has spent the past 40ish years working on a comprehensive online dictionary of slang, cited early usage of the word — spelled as “zhoosh”— in a 1977 article from the British newspaper Gay News: “We would zhoosh [‘fix’] our riahs [‘hair’], powder our eeks [‘faces’], climb into our bona [‘nice’] new drag [‘clothes’], don our batts [‘shoes’] and troll off [‘cruise’] to some bona bijou [‘nice, small’] bar.”

Baker puts weight on the theory that the word “may have come about due to its onomatopoeic qualities.” Originally, he wrote in an email, “it was used in a variety of contexts, e.g., to zhoosh off (to go away), to zhoosh a bevvy (to gulp down a drink), to steal something (a zhoosh bag was a swag bag).”

“It was gradually this ‘styling’ sense that became the dominant one, possibly because it was more useful for gay men,” Baker said.

In the 1960s, Polari shot to mainstream awareness thanks to BBC radio’s popular comedy program “Round the Horne,” which followed the campy adventures of out-of-work theater actors Julian and Sandy, played by Kenneth Williams and Hugh Paddick, gay icons of British entertainment.

“It was all double entendre, and hidden meaning, deeply wonderful stuff and no doubt would have thrilled anyone familiar with Polari, to hear it on the radio, and know what it meant,” Green said.

It is interesting to note that the word’s current resurgence can largely be attributed to that bastion of 21st-century gay culture, “Queer Eye for the Straight Guy,” on which viewers delighted in Carson Kressley admonishing his hapless new subject to “jeuje” up an ensemble by popping a collar or rolling up a sleeve. “It means to tweak it, making it better, giving it some personality, your own personal touch,” Kressley said. The show premiered in 2003; two years later, the Oxford English Dictionary added the word to its database, under the spelling “zhoosh.”

“Though some people credit me with the word, it was actually a word I learned working with Ralph Lauren and specifically Ralph and his brother Jerry who I worked directly with, styling looks,” Kressley said.

But while the origins of “zhuzh” may be a little clearer, the jury is as divided as ever on how to spell it. According to Google Trends, which tracks the popularity of search terms, “zhuzh” has far outpaced other alternative spellings in recent years (“jeuje” doesn’t rate at all), but that doesn’t make it the definitive spelling. In his book, Kressley himself spells it “tszuj.”

“I stupidly decided to make it very hard to spell,” he said. “I always thought it had an Eastern European Yiddish background, so I decided to throw in as many consonants as possible,” he said.

Slang has historically emerged through spoken language; words didn’t used to find their way into print until they’d been heavily codified. But with the birth of social media and meme culture, slang words are increasingly hitting our eyes before our ears.

“We are seeing slang words far earlier in their development nowadays,” said Emily Brewster, a senior editor and lexicographer at Merriam-Webster. “And the number of years that it takes a slang word, which is markedly informal, qualify for entry has decreased dramatically.”

In the 1950s, Brewster said, it took an average of 35 years for a word, once coined, to qualify for entry in the Merriam-Webster dictionary. Today, it is just 11 — or less. So is “zhuzh” destined for those storied pages anytime soon? “I can say it has not been drafted for entry,” Brewster said, “but it is definitely one we are watching, and one that is getting closer to entry.”

Ironically, when that day happens it might mark the end of the word’s appeal among the style-minded. “We don’t really enter a word until it’s ho-hum,” Brewster said, “until it’s like, ‘Nobody says zhuzh anymore.’”