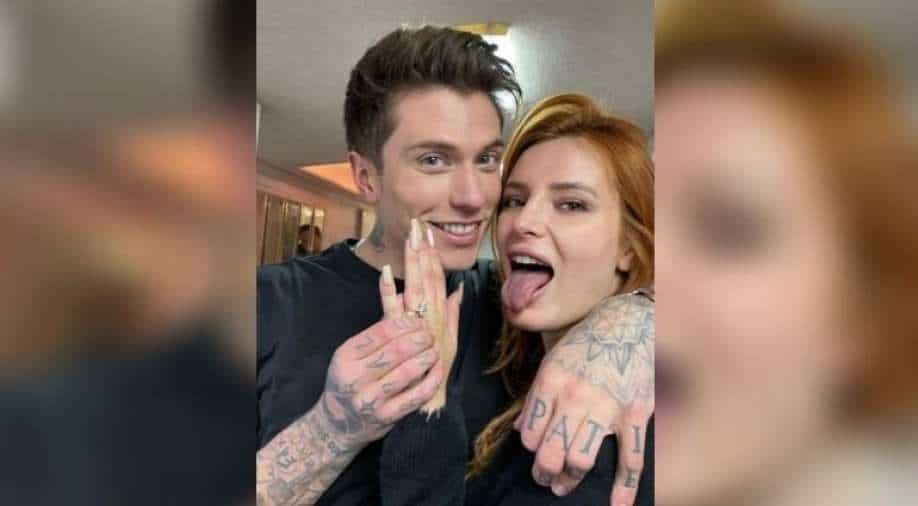 The actress, 23, and her Italian pop star boyfriend, 27, both shared the news on Instagram.

Bella Thorne is engaged to her beau Benjamin Mascolo.

The actress, 23, and her Italian pop star boyfriend, 27, both shared the news on Instagram.

“She said YES,” the singer wrote with ring and heart emojis. He posted several photos of the couple with her ring finger front and center, wearing a pear-shaped engagement ring circled with diamonds. The two trade “I love yous” in a video shared on their Instagram Stories.

"Thank you for being amazing, baby. I love you so much,” he said, which she repeats back and makes kissing sounds. A heart emblazoned “B&B” is visible in the background. “Yeahhhhh, when are we getting married? Soon, I hope. Celebration in Italy and America both."

Mascolo, who is co-starring with Thorne in a teen romance titled 'Time Is Up,' described popping the question on his Instagram story.

“I wrote the love letter on the back of the script of our movie,” he wrote, along with a page of dialogue from the film directed by Elisa Amoruso. “At the end of the last scene, she was at (the) monitor watching with the director and .. surprise.”

The actress hinted at an engagement more than a year ago when she posted a photo from a boat ride in Venice. “Big announcement coming soon,” she wrote with several ring emojis. “I’m so happy.”

Thorne had previously been in a relationship with rapper Mod Sun.