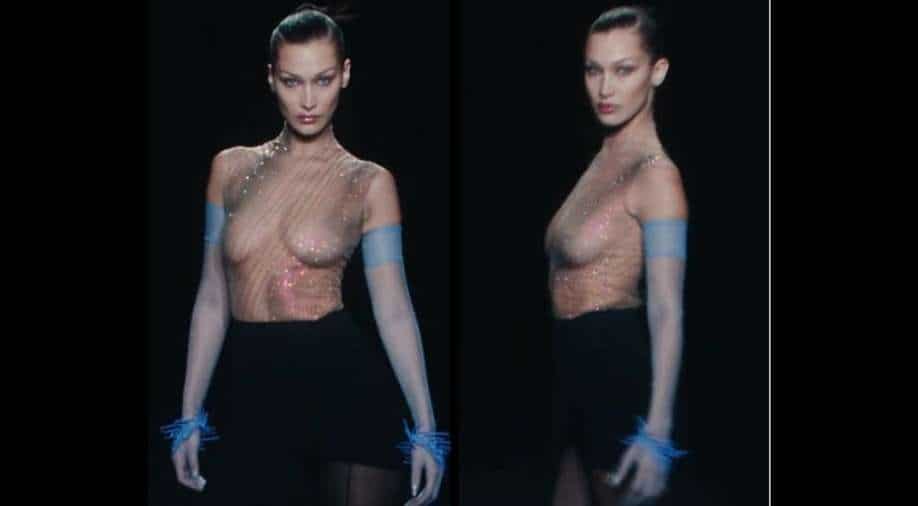 Bella Hadid joined the likes of Irina Shayk and others as they teamed up for an aesthetically pleasing and truly visionary Spring Summer 2021 Mugler show.

While all of them looked stunning, Bella Hadid stunned in a virtually topless sheer dress that was made to look trippy with lighting and reverse film. She wore a glittery sheer top with sharp makeup and hair tied at the back as she walked her famous gait. The look was completed with sheer blue coverings and a black skirt.

Irina Shayk meanwhile, rocked at least two or three different ensembles in the runway show that had a black background. One was a white and black suit, another a lingerie-inspired look that had sheer panelling along the back, revealing her derriere.

The Mugler collection ran the entire gamut from menswear to gowns, and monochromatic sheath dresses with controlled pops of stunning color.