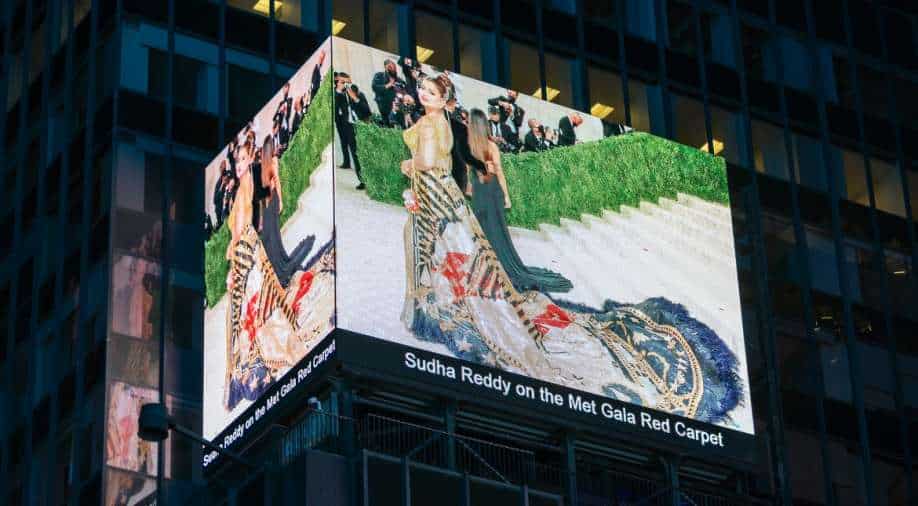 Sudha Reddy's Met Gala look has made it to the iconic Times Square billboard Photograph:( Instagram )

Sudha Reddy--through her non-profit organisation the Sudha Reddy Foundation--works towards social issues like affordable healthcare and accessible education, among others.

After making heads turn at her debut Met Gala outing, Indian billionaire philanthropist Sudha Reddy’s red-carpet look has now made it to the Times Square billboard in New York. Thus, making her the first Indian entrepreneur and philanthropist to feature on the coveted billboard.

Reddy, in a statement to the press, said she takes pride in representing India on a global stage yet again. "It’s a very humbling feeling to represent my country once again. It’s a great honour for any personality to feature on this global platform and it becomes more special because not just entertainment and fashion but philanthropy is taking a centre stage. I am thankful to the Universe, my family and friends for always supporting me in this journey," she said.

For those of you who are not in the know, Sudha Reddy--through her non-profit organisation the Sudha Reddy Foundation--works towards social issues like affordable healthcare and accessible education, among others.

She has, reportedly, handed over grants to two other charities: the Action Against Hunger and Fight Hunger Foundation and Breast Cancer Research Foundation in Paris with Elizabeth Hurley in attendance.

Hours before she had walked the red carpet, Reddy shared a small glimpse of her outfit on Instagram and captioned the video as, " Sneak peak Can’t wait to share this masterpiece of Indian craftsmanship with the world."

The heavily embellished creation that Reddy chose for the event has been designed by Indian designer duo Falguni and Shane Peacock.

Reddy had also shared on Instagram stories a series of photos and videos of her getting dressed for the event. 'It takes an army' she captioned a video where she can be seen getting dressed with the help of a makeup person and stylists.

An avid connoisseur of art and fashion, Sudha Reddy is considered amongst the well-heeled jetsetters of South India and will be making her city proud as she will be the first Hyderabad based non-film luminary to attend the hotly-anticipated global affair.

Check out the billboard pictures here: 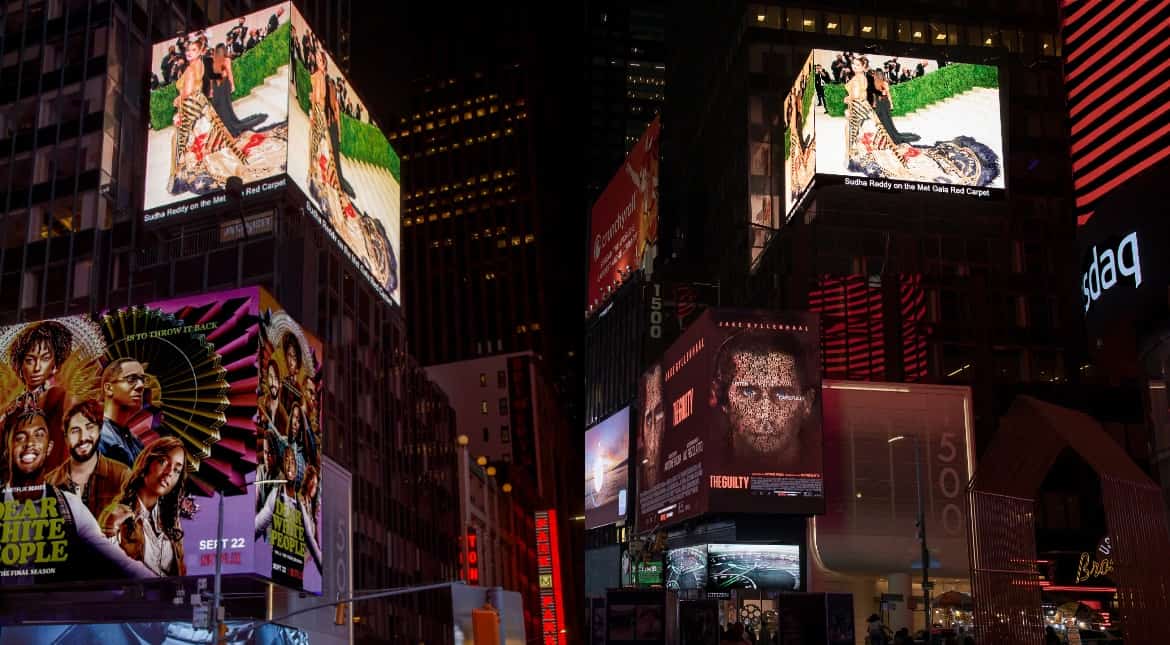