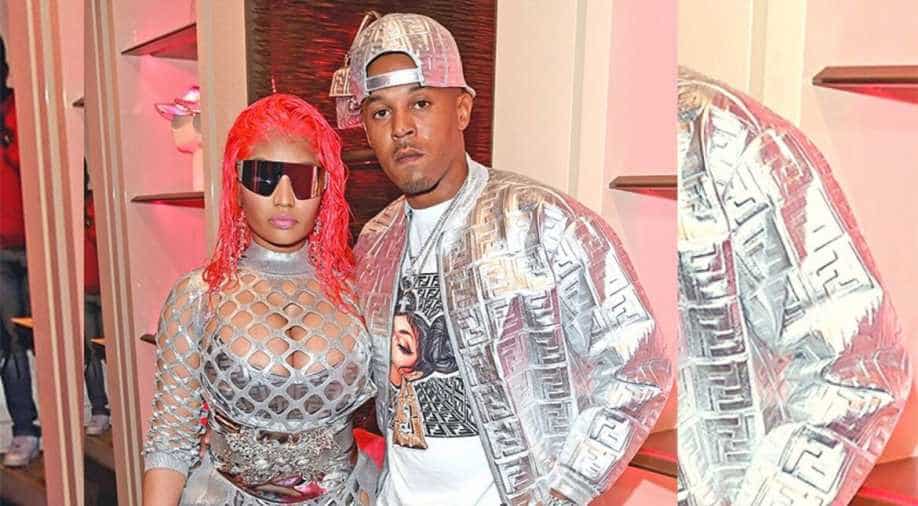 Rapper Nicki Minaj's husband Kenneth Petty was convicted of attempted sexually assaulting a woman when they were both 16 years old.

Rapper Nicki Minaj's husband Kenneth Petty was convicted of attempted sexually assaulting a woman when they were both 16 years old. Years later, now the survivor has spoken out for the first time and revealed how she has been harassed by the couple over the years.

Jennifer Hough opened up on 'The Real' about the harassment lawsuit she recently filed against the couple and recalled the 1994 incident in which Petty pulled a knife on her and forced her into a residence where he allegedly raped her.

Petty eventually pleaded guilty and was convicted in 1995 of attempted first-degree rape. According to the court, the offence was filed as "sexual intercourse" and notes that a "knife/cutting instrument" was used in the crime.
Petty served four years in New York State Prison for the incident before he was released.

Earlier in August this year, Hough filed a case of harassment against Petty and Minaj, claiming in the complaint that she has endured years of harassment from the couple to silence her.

"I’m tired of being afraid," Hough said during an appearance on 'The Real'. "The only way to not be afraid is to continue to speak up."

"I don't know why it didn't dawn on me to, like, really fight," Hough told the hosts, tearing up. "I just held on to my pants, and he’d hold my arms down. He squeezed the sides of my stomach so hard, and so I'd let go, and as soon as I let go, he'd grab my pants."

"We were never in a relationship," Hough added. "We never talked on the phone. We never hung out together. I just knew him from the neighbourhood."

Hough also recalled when Minaj allegedly reached out to her in March 2020.

"She called me, and she said that she got word that I was willing to help them out in a situation," Hough alleged.

"I didn't understand what she was referring to. She offered to fly me and my family to LA. I turned it down. And I told her, woman to woman, this really happened. And I hadn't spoken to her since."