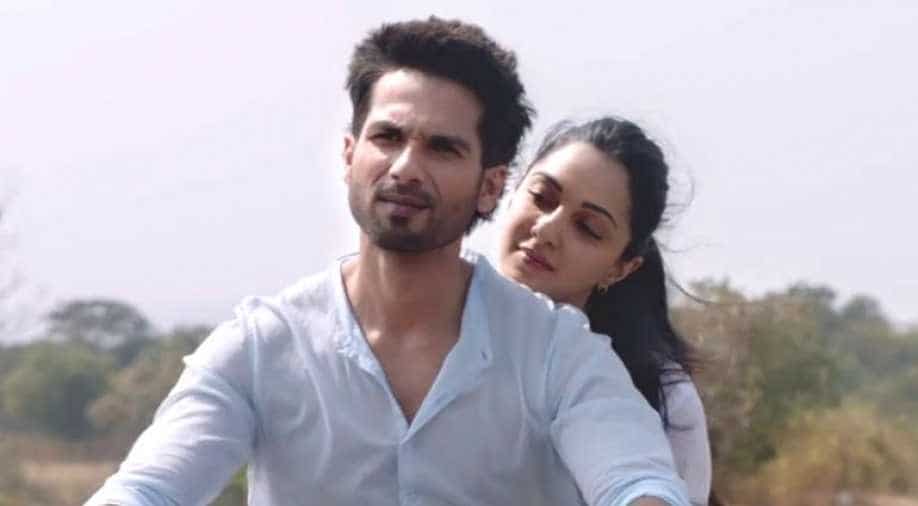 The film, which opened to mixed reviews, has managed to rake in a total of Rs 275.96 crore.

Shahid Kapoor`s latest outing `Kabir Singh`, co-starring Kiara Advani refuses to slow even after a month of its release. The film is riding high on success and has crossed Rs 275 crore mark.

The film has impressed the audience and the box-office numbers are proving it! The film is continuing its stronghold despite facing competition from Ayushmann Khurrana`s `Article 15`, Hrithik Roshan`s `Super 30`, Kangana Ranaut and Rajkummar Rao`s `Judgementall Hai Kya`, `Spider: Far From Home` and `The Lion King`.

The film, which opened to mixed reviews, has managed to rake in a total of Rs 275.96 crore.

Trade analyst Taran Adarsh shared the box office collection of the film on his Twitter handle.

In a separate tweet, he shared the box office collection of the film over the weeks and declared it an-all time blockbuster.

The film earned Rs 35 lakhs on its sixth Friday and witnessed a slight growth on its sixth Saturday, with minting Rs 55 lakhs.

It recorded higher numbers on Sunday, earning Rs 70 lakhs, thus crossing the Rs 275 crore mark.Despite getting mixed reviews and not releasing on a holiday, the movie has been shattering all box office records.`Kabir Singh` is the Hindi remake of Telugu hit `Arjun Reddy.` The original blockbuster starred Vijay Deverakonda and Shalini Pandey.

Helmed by Sandeep Reddy Vanga, who also directed the original film, `Kabir Singh` tells the story of a short-tempered surgeon Kabir Singh (Shahid) who goes on a path of self-destruction, consuming drugs and alcohol after he cannot marry the love of his life Preeti (Kiara).