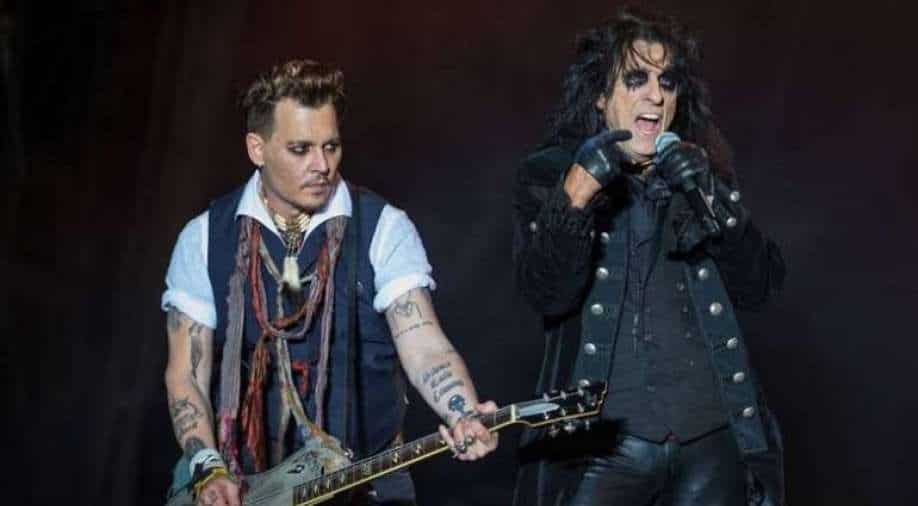 Depp, 57, and Cooper formed the supergroup Hollywood Vampires in 2015 alongside Aerosmith's Joe Perry, 70.

Johnny Depp "can't wait to get back onstage," his friend and bandmate Alice Cooper revealed.

In a new interview with The Daily Beast, Cooper, 73, said that Depp's legal troubles and fallout from his rocky marriage to ex-wife Amber Heard won't get in the way of their plans to release a new Hollywood Vampires album. Depp, 57, and Cooper formed the supergroup in 2015 alongside Aerosmith's Joe Perry, 70.

"There’s no drama," Cooper said of Depp, whom he called "one of my best buddies" in the interview. "[Johnny] said, 'Hey, that’s another world. That has nothing to do with what I’m doing in the band.' He’s like, 'I can’t wait to get back onstage.' He’s one of my best buddies."

According to Cooper, the Pirates of the Caribbean star has been writing songs, inspired by his recent personal dramas.

"I know Johnny was writing all last year when that whole thing was going on with him," Cooper told the outlet. "But you know, that’s not going to stop him from going home and writing. In fact, it probably helped. I’m expecting some pretty interesting songs."

He added, "It’ll be great when we all get together. You know, the crazy thing about that band is you’ve got eight guys in the band, and you’ve got three alpha males leading it, but there’s never been one argument. Nobody’s ever even raised their voice to anybody in that band. It’s really cool."

"And he just made an album with Jeff Beck. For anybody that thinks Johnny’s not a guitar player, Johnny can play, man. When Joe got sick and couldn’t play in New York, actually, Johnny and Tommy Henriksen played all the leads. People were shocked. They just went, 'What?!' They didn’t know he was that good."

It's not the first time Cooper has defended Depp amid his legal fight and divorce from Heard, who has accused him of domestic abuse.

"All the stuff you heard last year about Johnny, 99 percent was just bull,” Cooper said in a 2019 interview with Billboard.