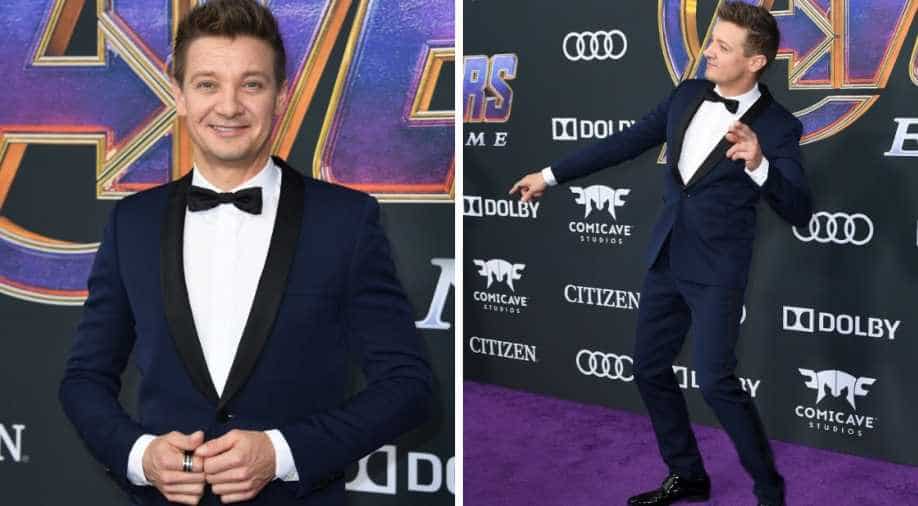 Jeremy Renner who has been busy filming his upcoming series 'Hawkeye' has been sharing some set photos from the superhero series on social media.

Renner, who will reprise the role of super-archer Clint Barton/Hawkeye for the new series – shared an on-set photo of himself.
In the monochrome picture, he can be seen standing with a quiver that had a  S.H.I.E.L.D. batch. ''A good day is done ... 👊🏻'' he captioned the post.

Previously, Renner shared an Instagram story in which he can be seen sitting in a Hawkeye chair, and also shared a hilarious video of himself practising his archery skills with the help of a toy bow and arrow set. ''Quarantine training at home ... like an 8-year-old 🏹''. He wrote.

Quarantine training at home ... like an 8 year old 🏹 😅 #hawkeyeathome pic.twitter.com/4fvJUmU0V4

Marvel series is also bringing back Hailee Steinfeld as Kate Bishop. "It's amazing, my God, to finally be able to confirm. It's such an honour, my goodness, to be playing this role and I'm so, so excited about it," Steinfeld said. "It felt so wonderful to be back at work, I feel so grateful. It's been a very crazy year of not knowing if that was gonna happen for a while, so, happy to be back at work and playing this character. It's gonna be really fun. I'm excited for people to see it. I'm excited to see it."

'Hawkeye' will air on Disney+.