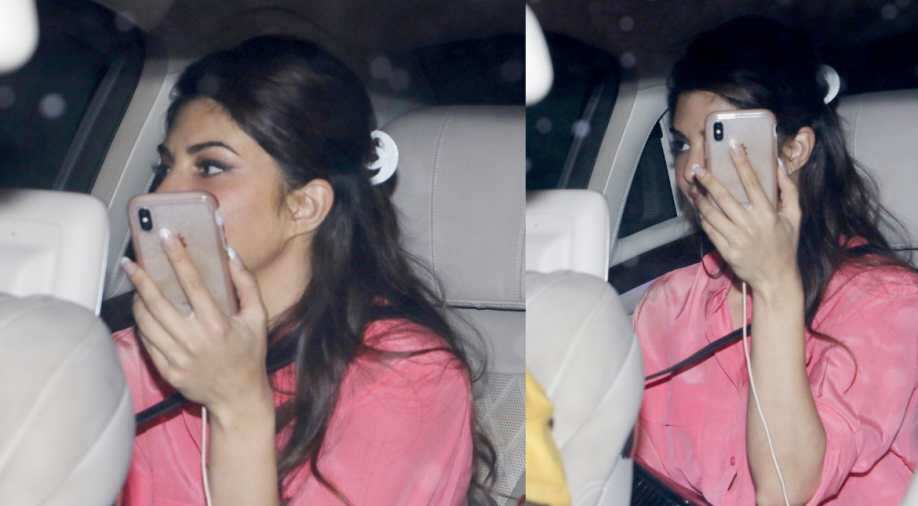 On Saturday, The Enforcement Directorate attached assets worth crores of Bollywood actress Jacqueline Fernandez in the connection with a money laundering case against alleged conman Sukesh Chandrashekhar.

As per the reports coming out, the federal agency has attached assets worth Rs 7.27 crore - including a fixed deposit in the actress's name among other gifts.

After Akshay Kumar, 'KGF' star Yash turns down a multi-crore deal from a tobacco brand

''ED has provisionally attached assets amounting to Rs. 7.27 Crore including Fixed deposits worth Rs. 7.12 Crore of Jacqueline Fernandez under PMLA, 2002 in the case of Sukesh Chandrasekhar,'' the agency's tweet reads.

ED has provisionally attached assets amounting to Rs. 7.27 Crore including Fixed deposits worth Rs. 7.12 Crore of Jacqueline Fernandez under PMLA, 2002 in the case of Sukesh Chandrasekhar.

“During the investigation, it was revealed that Sukesh Chandrasekhar had given various gifts worth Rs 5.71 crore to Jacqueline Fernandez from the proceeds of crime generated by criminal activities including extortion. Sukesh Chandrasekhar had put Pinky Irani, his long-time associate and co-accused in this case, to deliver the said gifts to her. In addition to these gifts, Sukesh Chandrasekhar had also given funds to the tune of USD 172,913 and AUD 26,740 to the close family members of Jacqueline Fernandez out of the proceeds of crime through co-accused Avtar Singh Kochhar, an established and well-known international hawala operator,” an ED statement said via The Indian Express.

“Sukesh Chandrasekhar had also delivered cash to the tune of Rs 15 lacs to a scriptwriter on behalf of Ms Jacqueline Fernandez as advance for writing a script of her web-series project. This cash amount has also been attached,” the statement reads further.

The statement also mentions that Sukesh was duping people by claiming he was a Government officer from Prime Minister's Office. Using the same modus opranding, he called Aditi Singh wife of Shivinder Mohan Singh and extorted more than Rs. 200 Crore from her.

Runway 34 to Spider-Man: No Way Home: Films & shows to watch this weekend on OTT/Theatre

''Investigation by ED revealed that a person was contacting people spoofing calls to dupe them as the numbers reflecting on their phone were from Government officers and he claimed to be a Government officer offering to help people for a price.''

''Adopting thus, modus operandi, said person contacted Aditi Singh w/o Shivinder Mohan Singh by impersonating himself as Union Home Secretary, Union Law Secretary, an officer from Prime Minister Office and junior officials and extorted more than Rs. 200 Crore from her over a period of 1 year on the pretext of contribution to party funds,'' the statement reads.

Last year, ED has questioned the actress twice first time in August and the second in December. Apart from 'Kick' star, another Bollywood actress Nora Fatehi has also recorded her statement as a witness in the case.