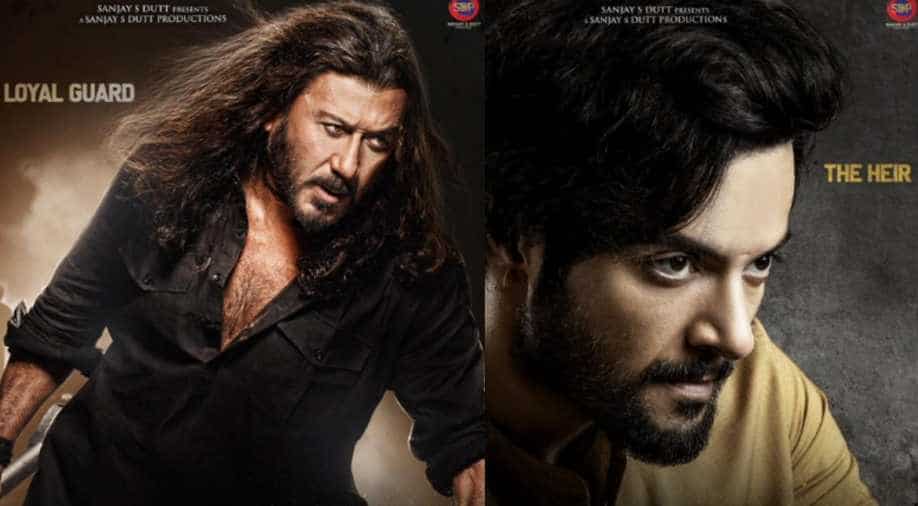 The film is slated to hit the theatres on September 20 of this year.

For all those waiting for more news on Jackie Shroff’s upcoming film, ‘Prasthanam’ can gear up as the makers have finally revealed two character posters.

The two posters feature Jackie Shroff and Ali Fazal who respectively play ‘the loyal guard’ and ‘the heir’.

Jackie can be seen in a black kurta with a weapon in his hand and he looks deadly with long locks. Meanwhile, Ali looks calm as he is pictured with a straight face.

"Meet the royal guard, keeper of all their secrets. #Prasthanam" tweeted Jackie as his first look got unveiled.

Ali tweeted his look too and captioned it, "Meet Ayush Baldev Singh, the heir! Will he find his legacy or his family? Which comes first. Find out soon.. #1MonthToPrasthanam #prasthanam"

For those unaware, ‘Prasthanam’ was essentially a Telugu political thriller that was released in 2010 and starred Sharwanand, Saikumar, Sundeep Kishan and Ruby Parihar.

The film is now being remade by producer Maanayata Dutt and is directed by Deva Kutta, who directed the original as well.