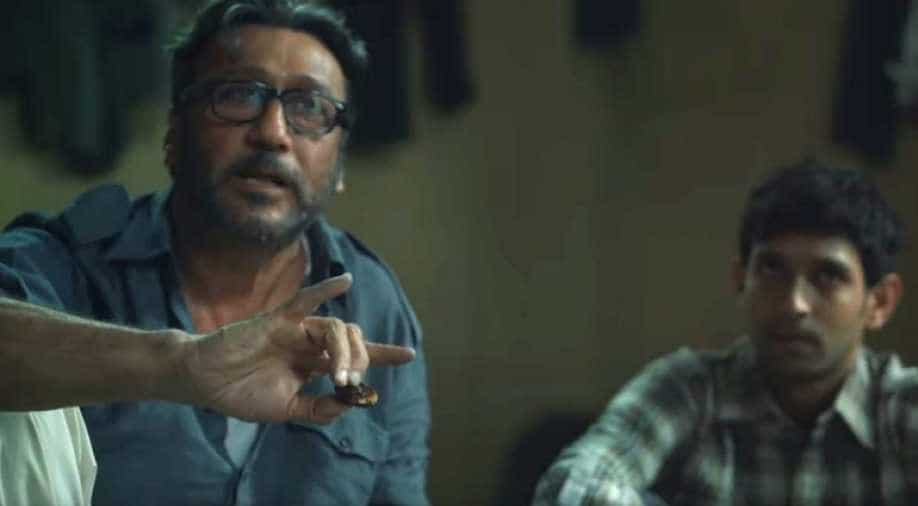 Jackie Shroff and Vikrant Massey in a still from 'Criminal Justice' (Image via Youtube/@hotstarspecial) Photograph:( Others )

It's the age of web series. Actor Jackie Shroff is the latest from Bollywood to have made his plunge into the digital medium. Shroff stars in a Hotstar web series called 'Criminal Justice' which is all set to stream from 5th April onwards. The show also co-stars Vikrant Massey, Pankaj Tripathi and Mita Vashisht.

The show captures Aditya Sharma`s (essayed by Vikrant ) journey after one incident completely turns around his life. It is produced by BBC Studios India.

Aditya Birla Group`s Applause Entertainment has worked on the official Indian version of the British television drama series 'Criminal Justice'. It has also been adapted for the US as 'The Night Of' and stars John Turturro and Riz Ahmed.

The trailer was released on Thursday and showcases a gripping drama with Massey playing the main protagonist.

"The intensity of the character required great preparation and research. From the nuances of Indian prisons to the life of criminals locked inside, every little detail was important.  There were days when it got me emotionally drained, but that`s what all powerful stories do," Massey said to a news agency.

Directed by  Vishal Furia and Tigmanshu Dhulia, the series will be available in seven languages -- Hindi, Marathi, Bengali, Tamil, Telugu, Kannada and Malayalam.