It's all about self-love and sibling power: 'Frozen 2' stars on new film 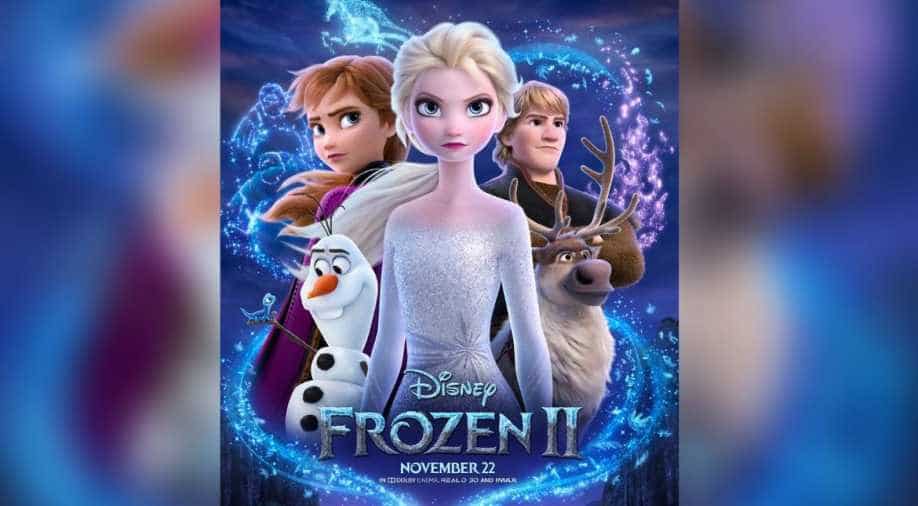 'Frozen 2' is in cinemas November 22 in the UK and US, and from November 20 in other regions.

Self-love, sibling power and growing up are the main themes of Disney's 'Frozen 2', according to the stars of the new animated movie. Watch trailer here.

It has been six years since the first fantasy adventure dominated young hearts and minds with its iconic, Oscar-winning power ballad, 'Let It Go', sung by Idina Menzel as 'Elsa' on a snowy mountainside.

"They support each other to find their authenticity and their truth in the world," she said.

Gad agreed, saying all the characters are trying to find "self-love" too. The actor who returns as the lovable, optimistic snowman Olaf told Reuters that his character was basically a "wide-eyed toddler" in the first film. Now he has grown up and has a lot of questions and is almost facing an "existential crisis" in this second film. That said Olaf still sees the bright side to life, something we all need to remember in today's uncertain times.

"He's such a bundle of optimism and joy in such a cynical time," said Gad. "He reminds me to have a glass that's a half-full approach to life."

Groff's "mountain man" Kristoff still has trouble "articulating how he feels" in this new film, preferring the company of reindeer Sven. However, the actor did get quite emotional at one song sung by co-star Kristen Bell (voices 'Anna') called "The Next Right Thing". Kristen Bell recently revealed how 'Frozen 2' will surprise fans of all ages.

The youngsters in the stars' lives have all seen the new film and loved it. Menzel's 10-year-old son, Walker, called it "bad ass", while Groff's nieces "didn't blink for the entire movie" and still do not understand their famous uncle voices Kristoff.

So what is the secret of the 'Frozen' franchise's success? Directors Jennifer Lee and Chris Buck agreed the characters are "flawed like us" but stick together as an "eclectic family", said Lee.

"They are trying so hard to support each other and navigate the real world," she said. "We don't do a classic villain. It's facing the world in both films. That's the villain, but also the reward ... all wrapped up in a mythic fairy tale - the way we like it."

'Frozen 2' is in cinemas November 22 in the UK and US, and from November 20 in other regions.