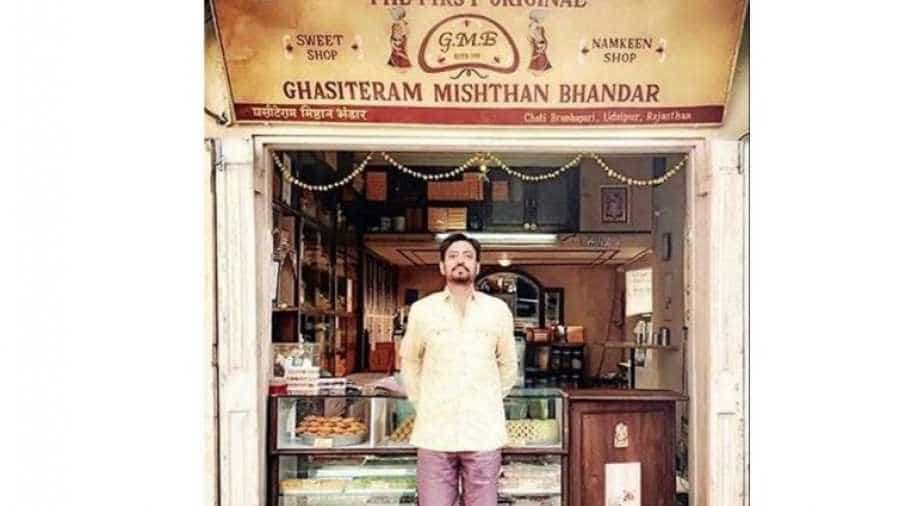 Earlier reports suggested that even though Irrfan was back in India, he wouldn't work for at least a year.

We had reported earlier that Irrfan Khan is back in India and undergoing treatment in Mumbai itself. The actor who had been undergoing treatment for Cancer in London came to India a month back and since then had been recuperating. Now, news has it that the versatile actor will soon start shooting for 'Hindi Medium 2'.

Confirming the same, director-actor Tigmanshu Dhulia, in an interview to a daily, said how Irrfan's health had improved and he would soon resume work. "I did meet him after he returned to India. He is perfectly fine now. Irrfan told me that he will begin shooting for 'Hindi Medium' franchise soon.”

Dhulia worked with the actor in the critically acclaimed film 'Paan Singh Tomar'.  Dhulia also reportedly mentioned that how the duo would team up again soon. "We will do a film soon. Actually, we were in the process of writing one for him. Probably, if everything goes well, we shall be making the film soon,”

Earlier reports suggested that even though Irrfan was back in India, he wouldn't work for at least a year. The sequel to the 2017 surprise hit, 'Hindi Medium, will not have the original director Saket Chaudhary on board. But now reports state that the filmmaker will be directing the sequel as well.

The actor earlier had made a short trip back home during Diwali 2018 but his trip was a hush-hush one. He had reportedly even made a trip to Trimbakeshwar Shiva Temple in Nashik, where he performed a havan with the priests there.

In March 2018, Irrfan announced that he had been diagnosed with a rare form of a tumour. Soon after, he left for London for his treatment. The actor had shared the news with his fans through a statement: "Learning that I am suffering from NeuroEndocrine Tumour has been tough but the love and strength of people around me have brought me to a place of hope."

The actor had later in an interview with a news agency opened up about his treatment and how it was 'terrifying' at times. Irrfan had shared that he had a fresh perspective on life post the diagnosis.