In photos: Arjun Kapoor, Malaika Arora return to Mumbai after celebrating her birthday in Italy 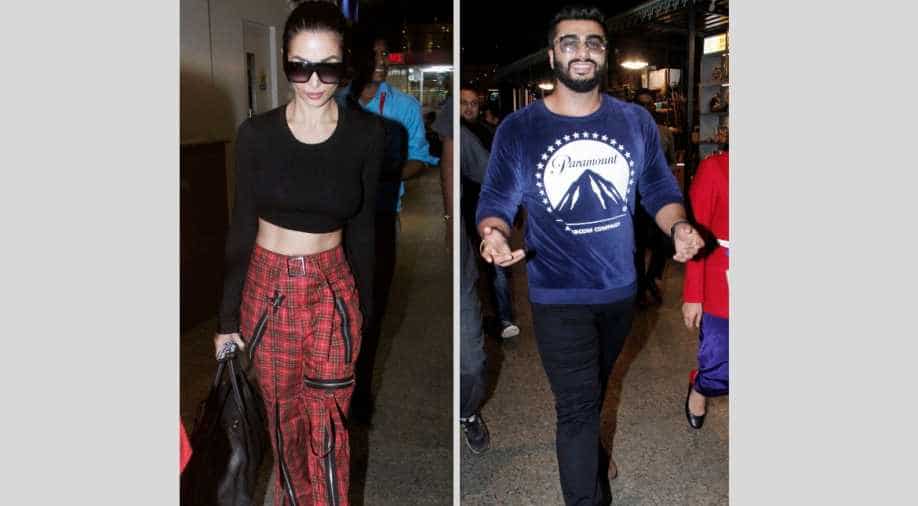 The rumoured couple was spotted coming back to Mumbai after bringing in Malaika's birthday in style. Malaika was previously married to Salman Khan's elder brother, Arbaaz.

Looks like Malaika Arora (who was previously married to Salman Khan’s brother, Arbaaz) has no inhibitions being spotted with rumoured beau Arjun Kapoor as the two made a stylish dash at the Mumbai airport. The two were reportedly coming back from Italy, after having celebrated Malaika’s birthday.

In a video posted by Karan Johar who co-hosts a TV show with Malaika asked her how she celebrated her birthday, to which she mentioned Italy and said that it was trippy and fun. When Karan asked Malaika if she travelled alone, she sidestepped the question and chose not to confirm or deny her involvement and travel with her rumoured beau.

#Repost @karanjohar with @get_repost ・・・ And we are back with our IGT mornings!!! @kirronkhermp @malaikaarorakhanofficial #toodles

It was Malaika’s 45th birthday. In posts that have gone viral on Instagram, Malaika looks like a diva that she is. In one photo, Malaika indicated having a special someone with her on the trip as she captioned it: “We found LOVE in a hopeless place… He looks at me like nobody else does with...” and ended it with a red heart emoji. In another picture, she wrote, “Tugging at my heart strings… Sorry belt.”

We found LOVE in a hopeless place...He looks at me like nobody does with...♥️ #Milano #withlove

Malaika raised questions around her relationship with Arjun when the two were spotted attending the Lakme Fashion Week. They sat next to each other as Arjun came with sisters Janhvi and Khushi.

Apparently, Malaika is no longer keen on keeping her relationship with Arjun a secret. As per a report published in a daily: "Malaika is no longer keen to hide her proximity to Arjun. When she was with Arbaaz, the Khan family, especially Salman, made their disapproval very clear. But now that she has broken away from Arbaaz, she sees no reason to be coy about her closeness to Arjun. Besides, Arbaaz is also seeing someone else now."

Malaika and Arbaaz got divorced in 2016 and he has been clicked on several occasions with new girlfriend Georgia Andriani. It is said that Arbaaz and Georgia are pretty serious about seeing each other.