What to expect from the 2021 Oscar nominations 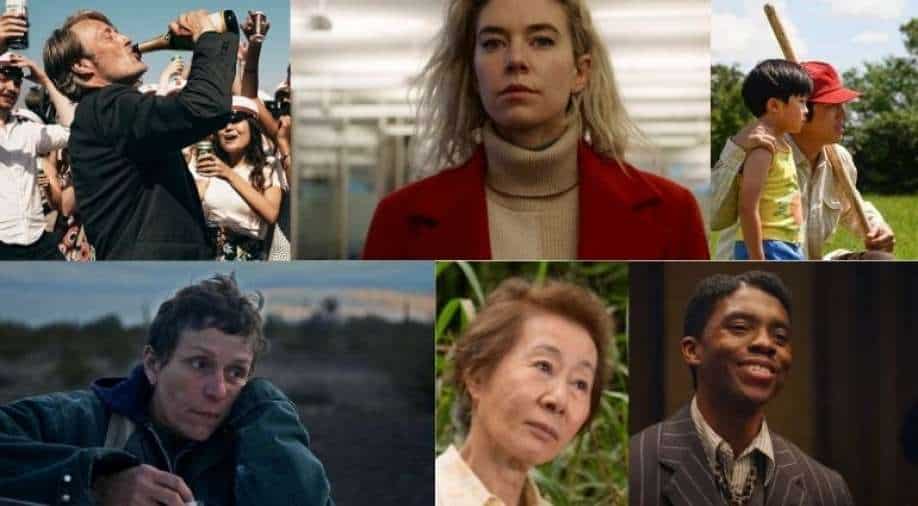 After a marathon awards season lengthened by two additional months because of the ongoing pandemic, the Oscar nominations will finally be announced on Monday at the crack of dawn in Los Angeles.

In a normal year, we would have had the Oscars by now. Instead, we’re just getting started.

After a marathon awards season lengthened by two additional months because of the ongoing pandemic, the Oscar nominations will finally be announced on Monday at the crack of dawn in Los Angeles. It’s my job to tell you what to expect, but I think even voters aren’t sure what’s in store.

Without the usual circuit of parties, premieres, Q&As, and glitzy award ceremonies, academy members have mostly been left to their own devices. (What good are all those for-your-consideration billboards when you barely leave your house?) Still, some educated guesses can be made about this year’s crop of nominees, which could set records and stoke controversy in equal measure.

Here are five pressing award-season questions that will soon be answered.

What movies will be nominated for best picture?

If recent Oscar history holds, we should expect eight or nine movies to earn enough votes for a best-picture nomination. (Next year, the academy has resolved to go back to an even 10 nominees. Good!) Five contenders appear all but locked, given how often they have been recognized this season by other awards bodies: “Nomadland,” “The Trial of the Chicago 7,” “Promising Young Woman,” “Minari” and “Mank.”

And then it gets tricky.

Over the last two years, every best-picture nominee was also nominated by the Producers Guild of America, so the remaining spots could be claimed by the same films nominated for a PGA Award, picks like “Borat Subsequent Moviefilm,” “Judas and the Black Messiah,” “Ma Rainey’s Black Bottom,” “One Night in Miami” and “Sound of Metal.” Toss “The Father” and “The Mauritanian” into the pile, too, since both made the best-film lineup at BAFTA, the British equivalent of the Oscars, and the academy has a sizable contingent of British voters. And keep an eye on “Da 5 Bloods,” which has underperformed this season but still scored a notable best-cast nomination from the Screen Actors Guild.

But they can’t all get in. In addition to “Nomadland,” “The Trial of the Chicago 7,” “Promising Young Woman,” “Minari” and “Mank,” I’m projecting best-picture nominations for “Ma Rainey’s Black Bottom,” “One Night in Miami” and “The Father.” If a ninth nominee slips through, it will either be “Judas and the Black Messiah,” which has been building late momentum, or “Borat Subsequent Moviefilm,” an unconventional best-picture pick with plenty of passionate fans.

Only five women have ever been nominated for the best director Oscar: Greta Gerwig (“Lady Bird”), Kathryn Bigelow (“The Hurt Locker”), Sofia Coppola (“Lost in Translation”), Jane Campion (“The Piano”), and Lina Wertmüller (“Seven Beauties”). This year is almost certain to add the “Nomadland” director Chloé Zhao to those ranks, and after picking up trophies at the Golden Globes and Critics Choice Awards, Zhao may even become the first woman since Bigelow in 2010 to win the Academy Award for directing.

Still, Zhao’s very presence in the category will make history, as no woman of color has ever been nominated for the best-director Oscar. And she may not be the lone woman in her category: The Directors Guild of America also nominated Emerald Fennell (“Promising Young Woman”) for the group’s top prize, while the Golden Globes included Zhao, Fennell, and Regina King (“One Night in Miami”). If two or even three of those filmmakers make it into the final five, it will be the first best-director race to feature more than one woman vying for the Oscar.

The “Black Panther” star died last August at 43, just months before his turn as tortured trumpeter Levee in “Ma Rainey’s Black Bottom” earned him career-best reviews. Boseman will easily cruise to his first best-actor nomination, and after victories at the Golden Globes and Critics Choice Awards, I would say he’s the safest bet to win out of all four acting categories.

Voters are so eager to reward Boseman that his name may also turn up in the supporting-actor category for his pivotal performance in Spike Lee’s Vietnam drama, “Da 5 Bloods.” Still, that nomination is far less certain: The film has had a spotty track record this awards season, and even Boseman’s co-star, the critics’ favorite Delroy Lindo, isn’t guaranteed a nomination. It’s also possible that Boseman’s best-actor win is considered so certain that the academy will try to spread the wealth in the supporting category, welcoming on-the-bubble picks like the “Sound of Metal” standout Paul Raci.

How diverse will the acting categories be?

Five years after back-to-back seasons of #OscarsSoWhite, people of color could claim nearly half of this year’s acting nominees. Expect nominations for Boseman, his “Ma Rainey” co-star Viola Davis and Riz Ahmed (“Sound of Metal”) in the lead categories, and in the supporting actor race for Leslie Odom Jr. (“One Night in Miami”), and frontrunner Daniel Kaluuya of “Judas and the Black Messiah.” Lindo and surprise Golden Globe winner Andra Day (“The United States vs. Billie Holiday”) also have outside shots at making the lead races.

I’m predicting multiple nominations for the cast from “Minari,” including star Steven Yeun and supporting actress Yuh-Jung Youn, although the Oscars have a frustrating track record when it comes to Asian-led ensembles: Even when films like “Parasite,” “Letters From Iwo Jima” and “Crouching Tiger, Hidden Dragon” made the best-picture lineup, their stars were overlooked for individual honors, and buzzy actors like Zhao Shuzhen (“The Farewell”) and Michelle Yeoh (“Crazy Rich Asians”) also found no traction with the academy.

It’s been nearly a full year since movie theaters were open in Los Angeles, so perhaps it’s no surprise that in this pandemic-stricken season, movies that can be safely watched at home will dominate the Oscar conversation.

Netflix and Amazon each have a surplus of best-picture contenders: Netflix is repping “The Trial of the Chicago 7,” “Mank,” “Ma Rainey’s Black Bottom” and “Da 5 Bloods,” while Amazon has high hopes for “One Night in Miami,” “Sound of Metal” and “Borat Subsequent Moviefilm.” Even movies like “Nomadland” and “Judas and the Black Messiah” were more widely seen during their near-simultaneous streaming debuts on Hulu and HBO Max than in the theatrical runs that were once meant to be their primary means of distribution.

The academy suspended its usual restrictions this year to allow more streaming films to compete, and indeed, the best-picture race may be primarily composed of nominees from major streamers. But can big-screen movies mount a comeback after at-home habits were hastened during the pandemic?

This year’s Oscar lineup may make history, but next year’s nominees will provide the true referendum on the future of the movie industry.