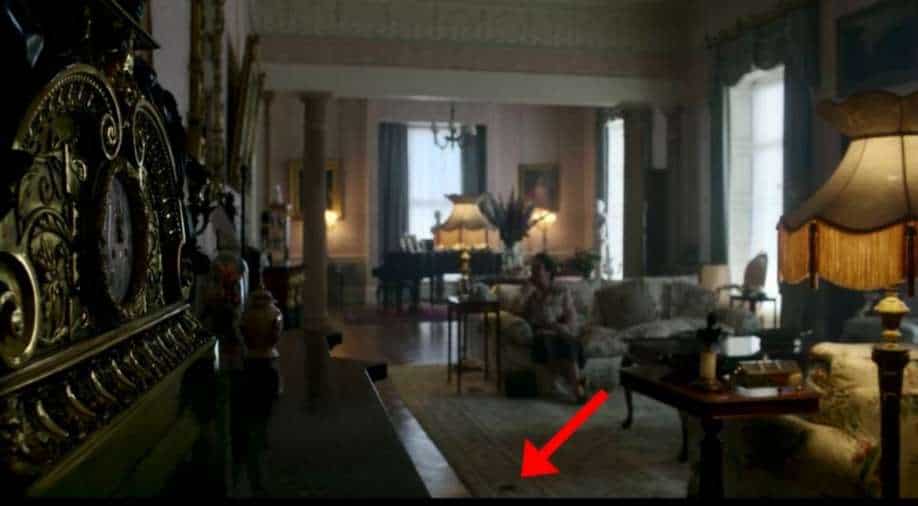 Soon after the season of ‘The Crown; premiered and people watched the Netflix show, some users took screenshot of the scene and posted on the internet.

Look who was spotted at the Buckingham Palace among the Royals, a mouse!

The new season of Netflix’s ‘The Crown’ featured an unexpected guest at the palace and much to the amusement to all, netizens find the guest star actually cute. In the third episode of the fourth season titled ‘Fairytale’, almost a minute into the episode, we can spot a mouse sneaking around in the royal palace.

The mouse is spotted right after the scene where Princess Margaret is seen getting her nails polished. The Queen Mother is seen sitting on a sofa while the mouse can be seen running to hide in the palace.

We don’t know if the mouse was placed or was accidental.

In episode 3 season 4 of #TheCrown within the 2 first minutes of the episode there is a mouse walking through a room in Windsor Castle. Is this on purpose, @TheCrownNetflix ?

I KNOW I’M NOT THE ONLY ONE WHO SAW A MOUSE ON THIS EPISODE?!?! #TheCrown @netflix @TheCrownNetflix pic.twitter.com/cecqaHkESP

Soon after the season of ‘The Crown; premiered and people watched the Netflix show, some users took screenshot of the scene and posted on the internet. One user wrote, Anyone else catch the mouse casually strolling past the Queen Mother in Episode 3?” Another was glad that she was not the only one who saw the mouse.

The official Twitter account of ‘The Crown’ tweeted a picture of the mouse and asked, “Outstanding Guest Actor In A Drama Series?”

Some of those who watched the show also pointed out that the mouse features in a scene right before Prince Charles and late Princess Diana get engaged. One user wrote, “At that moment, Charles was proposing to Diana. That animal knew what was coming!”