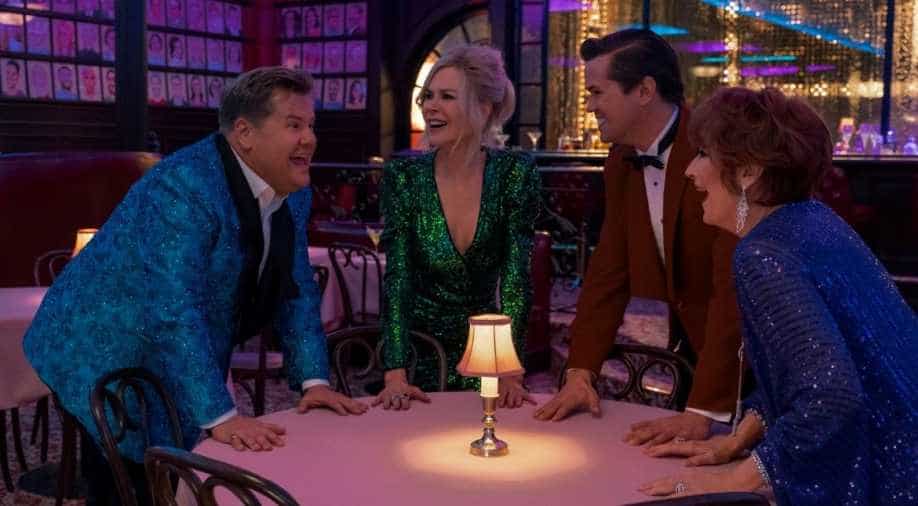 The film, ‘The Prom’ is based on the Tony-nominated Broadway musical of the same name.

Netflix released the trailer of its upcoming film with stellar actors Nicole Kidman, Meryl Streep and others. The Ryan Murphy movie ‘The Prom’ features high-schooler Emma Nolan (Jo Ellen Pellman) taking a stand and a troupe of Broadway actors played by James Corden, Meryl Streep, Nicole Kidman and Andrew Rannells seeking to make a splash in small-town Indiana as they come to her aid.

The film, ‘The Prom’ is based on the Tony-nominated Broadway musical of the same name.

The story follows New York City stage stars Dee Dee Allen (Streep) and Barry Glickman (Corden) who've just suffered a costly Broadway flop when they learn of an Indiana high-school student who's been banned from attending the prom with her girlfriend (Ariana DeBose). Seeking to resurrect their public images, they set off for the midwest, with actors Angie (Kidman) and Trent (Rannells). While the theater stars' self-absorbed activism backfires, they ultimately join forces to give Emma a memorable prom where all are welcome.

The trailer of the film has a lot of singing, dancing as one would imagine from the name of the movie.

It is set to hit select theaters in December and will start streaming on December 11.