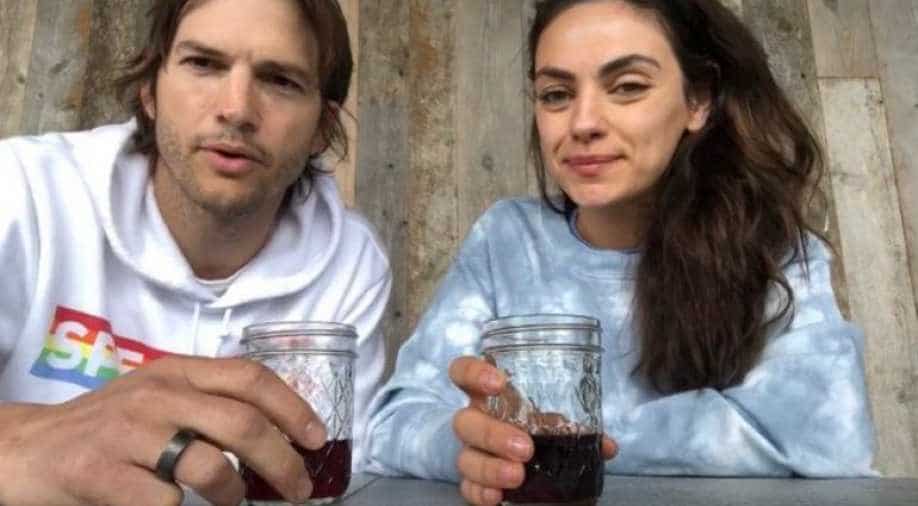 Mila Kunis, who was born in Ukraine, opened up about the crises her homeland is going through for the very first time.

Mila Kunis and her husband Ashton Kutcher have come together to support the people of Ukraine.

Kunis, who was born in Ukraine, opened up about the crises her homeland is going through for the very first time.

On Thursday, the 38-year-old actress took to her Instagram and shared a video message on the Russian invasion of Ukraine and the couple have also vowed for a donation.

''I was born in Chernivtsi, Ukraine in 1983. I came to America in 1991. I've always considered myself an American,'' the actress began. ''A proud American. I love everything this country has done for myself and my family. But, today, I have never been more proud to be a Ukrainian,'' she added.

“The events that have unfolded in Ukraine are devastating. There is no place in this world for this kind of unjust attack on humanity,” Mila added. Ashton continued, “And while we witnessed the bravery of the people of the country that she was born in, we are also witness to the needs of those who have chosen safety.”

The couple have partnered with Airbnb and FlexPort.org to offer relief options for refugees.The couple says their goal is to reach $30 million.
"The people of Ukraine are strong and brave but being strong and brave doesn't mean you're not worthy of support," Kunis said in a video posted to the GoFundMe campaign. "We need to support the people of Ukraine. Please help us."

I stand by my motherland: Celebrities from Ukraine respond to Russian invasion

''Through GoFundMe, this fundraiser will provide an immediate impact on refugee and humanitarian aid efforts. The fund will benefit Flexport.org and Airbnb.org , two organizations who are actively on the ground providing immediate help to those who need it most. Flexport.org is organizing shipments of relief supplies to refugee sites in Poland, Romania, Hungary, Slovakia and Moldova. Airbnb.org is providing free, short-term housing to refugees fleeing Ukraine. Standing with Ukraine means supporting Ukrainians. #StandWithUkraine, '' the post caption reads.

Meanwhile,  Kutcher has slammed the media in Russia for 'lying' as the country continues to invade Ukraine. Kutcher has been sharing posts on social media in support of Ukraine ever since Russia began its invasion a week back.