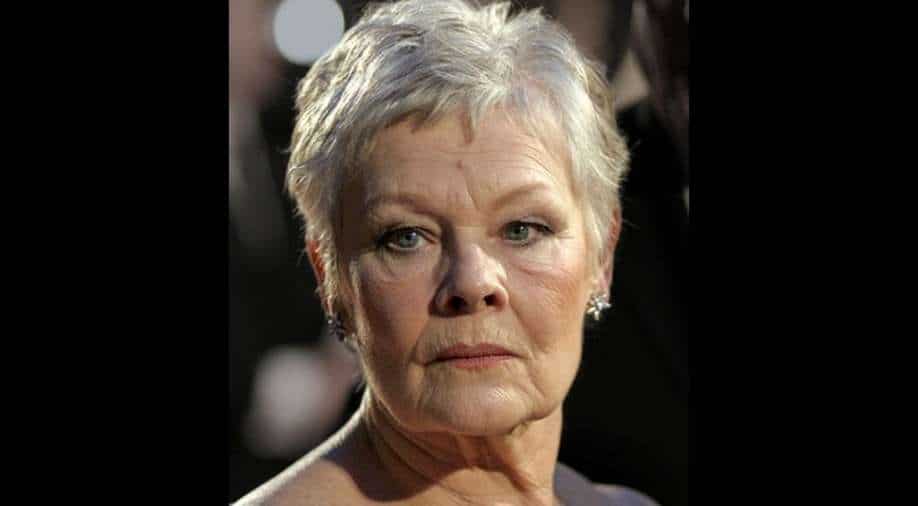 Dench recently learned a new word: synesthesia. “And I thought; ‘Well, that’s me.’ Because I always saw the days of the week in colour. I never gave it a second thought, it’s just how my mind works. And all of a sudden it’s not there any more."

The coronavirus pandemic has added a pause button in all our lives but especially for people above the age of 60 who medical experts claim are at a higher risk of the virus. It also means that a lot of A-listers from the entertainment industry have been finding it difficult to continue working amid such risky times.

In an interview published in The Guardian, Hollywood star Judi Dench, 86, spoke about keeping at home during the pandemic and how she feels stuck. Leaving the house for the first time in how many months she doesn't remember, the actress left for COVID vaccine and she’s on top of the moon to finally be able to do things she loves -- including acting. “It’s nice to actually have something to do,” Judi Dench was quoted saying in the report.

Dench recently learned a new word: synesthesia. “And I thought; ‘Well, that’s me.’ Because I always saw the days of the week in colour. I never gave it a second thought, it’s just how my mind works. And all of a sudden it’s not there anymore. The days of the week have no colour at all. There’s no structure, no planning,” she said explaining of her time off films.

Judi Dench’s most recent film is about ghosts and she opened in the interview about them as she whiles away time at home.

The actress revealed that in real life she probably has seen a ghost. She is reluctant to discuss it. “But I remember being at [the actor] Michael Dennison’s memorial, which was at the Haymarket theatre, early in the morning. And I was walking down the stairs to the stalls and saw somebody in a black tailcoat run down in front of me. And then at the bottom there was nobody there at all. But a lot of people say they’ve seen ghosts at the Haymarket, or at theatres all over. Ralph Richardson was certain that he did. And it makes perfect sense to me. There’s always a lot of spirits in the theatre, I think,” she said.

Judi Dench also spoke of Harvey Weinstein who is currently serving a 23-year prison sentence for third-degree rape and first-degree sexual assault. It was Weinstein who in-part gave the actress a Hollywood breakthrough. It was Weinstein who spearheaded the awards campaign for 1998’s ‘Shakespeare in Love’. In her role as Elizabeth I, Dench was on screen for all of eight minutes. She went on to win the best supporting actress Oscar.

When asked if her film experience feels sour in the wake of his crimes, she said, “But I worked a lot for Harvey, a huge amount. And he was always completely charming. Perhaps I was lucky, but that’s all I know. I feel very acutely for the people who weren’t so lucky.”

Judi Dench said in The Guardian interview that she feels that the secret to lockdown is to keep busy, stay fresh. For the past year, she said, she has been sharing the house with Sam, her 23-year-old grandson. They hang out together and make TikTok videos. But they are basically killing time until the world starts up again.