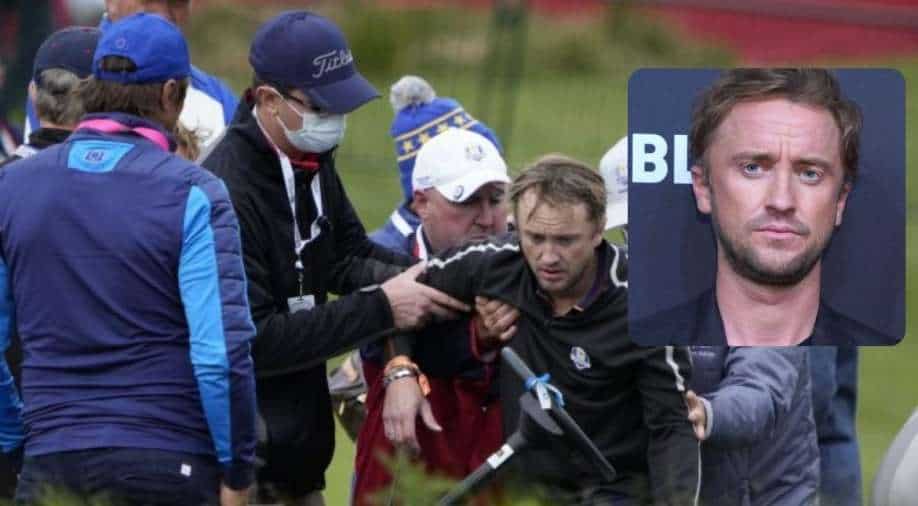 Tom Felton, best known for playing Draco Malfoy in the 'Harry Potter' movie franchise, took to Instagram on Saturday to thank his well-wishers after collapsing at a Golf tournament on Thursday.

The actor also shared a brief update on his health.

Felton fiddled with his guitar first and then said, "Hello everyone, ladies and gentleman, boys and girls. Just wanted to say a huge thank you for all the lovely well wishes as of recent, yeah — bit of a scary episode really, but on the mend."

"People have been taking really good care of me, so thank you very much for anyone that has sent messages of get well soon, because I am on the mend, officially. In case you were worried… Don’t you worry, cause Tom will be doing fine …" said the actor, before breaking into a song.

His caption read as, "feeling better by the day xx."

On Thursday, while playing at a golf tournament at Whistling Straits in Sheboygan, Wisconsin, Tom Felton was carted off the course. He was then cheered on as he was taken for treatment.