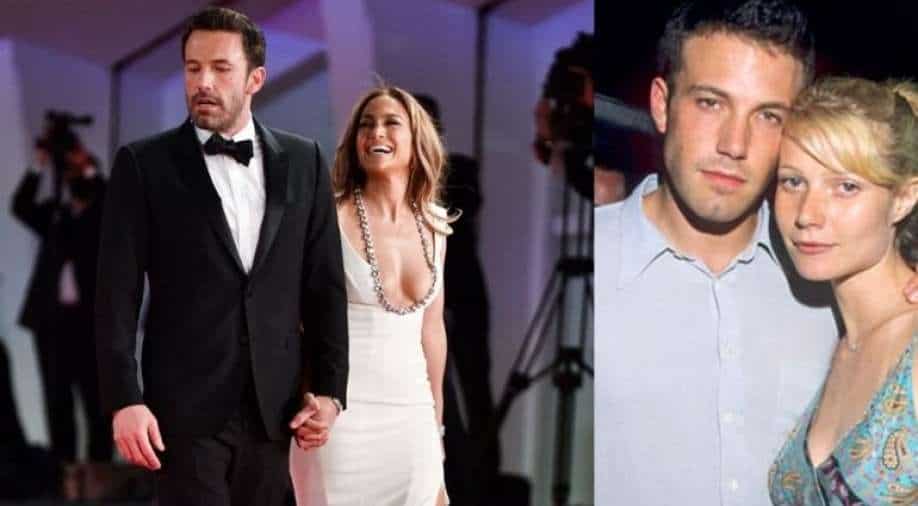 A few days back, Jennifer Lopez and Ben Affleck arrived at the Venice Film Festival and attended the premiere of Affleck's film 'The Last Duel' together.

Everyone is still talking about Ben Affleck and Jennifer Lopez's red carpet appearance at the Venice Film Festival, the huge moment that grabbed attention the world over. While Bennifer fans were thrilled to see them back together, even Ben's famous exes seemed to be happy with this new relationship.

Hollywood actress and Affleck's ex-love Gwyneth Paltrow shared the sweetest reaction on Ben and Lopez's return to the red carpet as a couple nearly 18 years after they first started dating.

Jennifer Lopez-Ben Affleck to Gigi Hadid- Zayn Malik: Famous couples who got back together after their big breakup

Showing her full support, Gwyneth shared her reaction on Ben and JLo's picture from the event.  “Okay, this is cute,” Paltrow commented on a pic shared by JLo‘s stylist Mariel Haenn.

The comment was captured by @commentsbycelebs who called the social media moment “straight serotonin.”

For the unversed, Ben and Gwyneth started dating after working together in the movie 'Shakespeare in Love'. After dating for three years, the couple called it off in year 2000, but it seems there is nothing bad between the formar couple.

Speaking about Affleck during a 2015 appearance on 'The Howard Stern Show', Paltrow spoke about their relationship, “He’s super intelligent and really, really talented and he’s funny. But he wasn’t in a good place in his life to have a girlfriend.”

A few days back,  Bennifer arrived at the Venice Film Festival and attended the premiere of Affleck's film 'The Last Duel' together.  This red carpet event was their first since getting back together sometime in May this year, as per reports.

Jennifer also made her romance with Ben Affleck Instagram official on her 52nd birthday.

Affleck was first spotted going into Lopez's home in April, in the midst of her split with Alex Rodriguez. Since then, the couple is inseparable.

In the early 2000s, Lopez and Affleck were one of Hollywood’s most famous couples. The couple were engaged in 2002 and made headlines as 'Bennifer' during their years together.