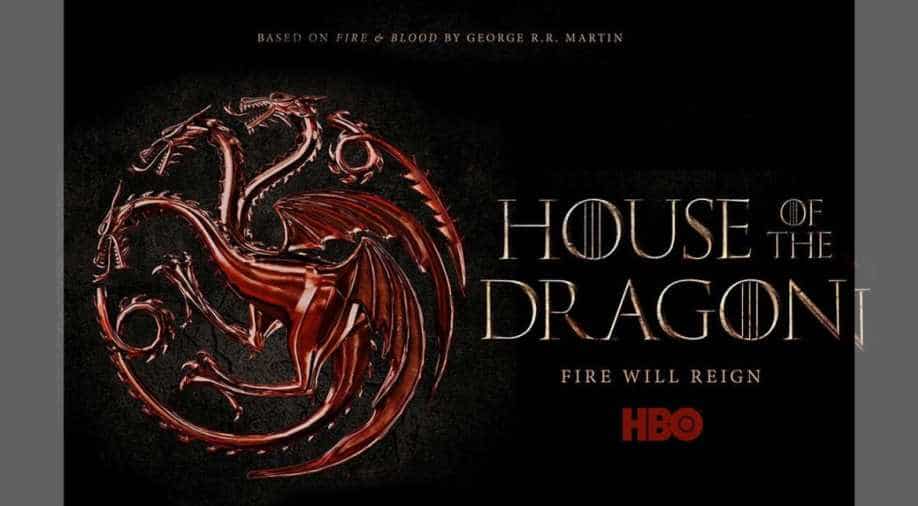 'Game of Thrones' spin-off 'House of the Dragon' is looking at a 2022 premiere date.

'Game of Thrones' prequel 'House of the Dragon' is finally moving forward.

The series prequel production will begin next year. By announcing the big news, HBO also shared some first-look images.

''Dragons are coming. #HouseoftheDragon begins production in 2021," the official account of Got tweeted. The pictures show the image of Dragan.

The upcoming series is based on George R.R. Martin’s 2018 book 'Fire & Blood', and will focus on the early history of the House of Targaryen, set around 300 years before the events of 'Game of Thrones'. The final season of the 'GOT' aired in April 2019.

The series will feature 10 episodes with Ryan Condal along with Miguel Sapochnik - who is known for GoT episodes such as 'The Winds of Winter', reports says.

After the brief announcement, fans of the series can't stay calm to share their reaction about the show.

All im asking is pls be better than season 8 lol https://t.co/8BLiluxkTr

But are you going to give us a befitting GOT finale? https://t.co/kOof8m6uCY

But are you going to give us a befitting GOT finale? https://t.co/kOof8m6uCY

'House of the Dragon' is looking at a 2022 premiere date.