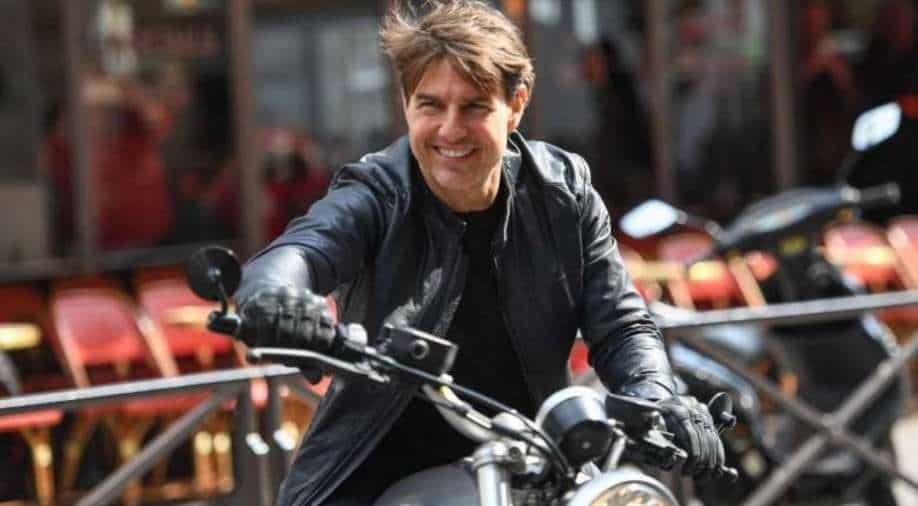 The camera is a staple of action blockbusters, including the 'Fast and Furious' franchise, 'Black Widow' and pretty much anything starring Tom Cruise.

A camera system used in countless Hollywood films and previously known as the 'Russian Arm' has been renamed by its inventors to 'U-Crane' in tribute to the country it came from.

The gyro-stabilized crane mounted on a car roof is used to give dynamic coverage of car chases and stampedes, allowing the audience to swoop alongside a fast-driving hero.

It is a staple of action blockbusters, including the 'Fast and Furious' franchise, 'Black Widow' and pretty much anything starring Tom Cruise.

Up until recently, the device, developed by Kyiv-based Filmotechnic in the 1990s, has been known as the "Russian Arm".

"The NEW OFFICIAL name of Filmotechnic's world famous system is now U-CRANE in honor of (its) country of origin and their heroic fight against Russian aggression," the US branch of the firm said on Instagram last month.

"The gyro stabilized crane system was designed and built in Ukraine by Filmotechnic and will continue to be built in Kiev for years to come!"

Kevin Descheemaeker of Filmotechnic USA told the title the name "Russian Arm" had been removed in tribute to Ukrainian film engineer and company owner Anatoliy Kokush, and to the company's Ukrainian employees.

"I emailed our international group to take down all the signage on our arm cars, trucks and trailers, websites and no longer use the hashtag #russianarm," Descheemaeker said in a statement.

"As a group we decided that U-CRANE would be a more respectful alternative and that is how the movement on social media started."

Russian forces attacked Ukraine three weeks ago, forcing millions of civilians to flee their homes, some across international borders.

The invading forces stand accused of targeting schools, hospital and theatres, ignoring established rules of conflict that require civilians to be spared the horrors of war.