Ensemble cast of the year? Leonardo DiCaprio, Jennifer Lawrence & others roped in for comedy film 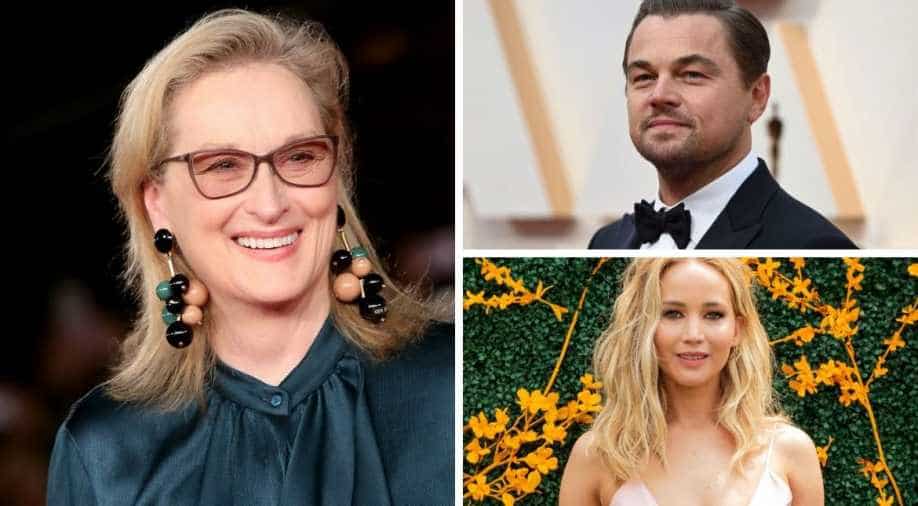 The Netflix film is titled ‘Don’t Look Up’.

In an ensemble cast that will make your want the project take up shape sooner than slated, major Hollywood talents like Leonardo DiCaprio, Meryl Streep, Jonah Hill, Himesh Patel and Timothée Chalamet alongwith Jennifer Lawrence have been roped in for a Netflix film.

The Netflix film is titled ‘Don’t Look Up’.

The Adam McKay’s comedy for Netflix will also have Cate Blanchett and Rob Morgan that were the first ones to be roped in for the cast. Not all stars will have a meaty role with some only appearing for important cameos.

Among those who will only give a cameo in the film are Ariana Grande, Kid Cudi, Matthew Perry and Tomer Sisley.

Cast for our new movie “Don’t Look Up!” is announced. Can’t wait to work with all of these talented actors.#Netflix #Don’tLookUp! pic.twitter.com/rsGjcLuayF

Adam McKay is directing and has written the script that centers on two low-level scientists who, upon discovering that a meteor will strike the Earth in six months, go on a media tour to try to warn the world but find an unreceptive and unbelieving populace.

Jennifer Lawrence and Leonardo DiCaprio will play the two scientists.

The shooting for the film will begin on November 19 in Boston.