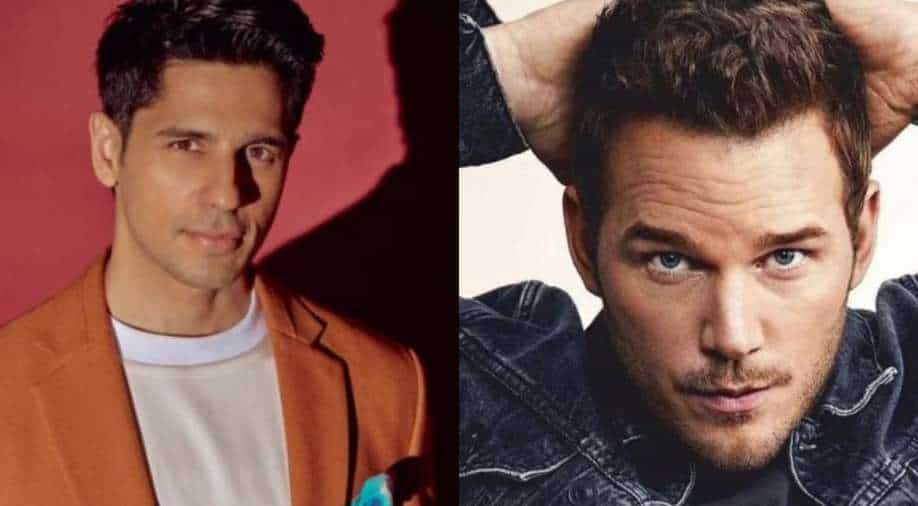 Sidharth Malhotra essayed the role of Kargil war-hero Captain Vikram Batra in his hit film ‘Shershaah’, while Chris Pratt was seen in the role of US Navy SEAL James Reece in ‘The Terminal List’. The series was recently released on July 1.

Bollywood star Sidharth Malhotra on Saturday had some fun interaction with Hollywood star Chris Pratt during which the two could be seen bonding over fitness, Indian food, and playing an armed forces officer in films. On the occasion of the latter's upcoming OTT release, 'The Terminal List,' Malhotra took to his Instagram stories and shared a video of the conversation that took place between him and Chris Pratt.

Sidharth Malhotra essayed the role of Kargil war-hero Captain Vikram Batra in his hit film ‘Shershaah’, while Chris Pratt was seen in the role of US Navy SEAL James Reece in ‘The Terminal List’. The series was recently released on July 1.

The interaction between the two started off with Sidharth expressing surprise over Chris's playing of a serious character. He said, "It's kind of surprising to see you in this kind of a role. While watching the trailer, I kept thinking that you will crack a joke!" Agreeing with Sidharth, Chris said, "It's true that you would expect some kind of joke or goofing around from me when you see me in a film." 'The Terminal List' is definitely not that, and you will realise that early on, right from the pilot episode of the series."

When Chris praised Sidharth's physique as an action hero, Sidharth started talking about portraying a Kargil war legend in some of the hardest mountainous terrains of India. Meanwhile, Chris shared some insights from his role preparations for the series. He said, "The original author, Jack Carr, is an ex-Navy SEAL, and has fabricated this interesting story about a soldier who has been in similar combat. So, we cast all former navy SEALS to play my men in the combat inside that series of tunnels in Syria, shown in the first episode."

"We didn't have to teach them anything, except some of the tricks and trades of the acting, like how to hit a mark, where the camera is placed. But their physicality and body movement are entirely authentic," he added.

Going further into the video, which is now available on the YouTube channel of Amazon Prime Video, Sidharth can be seen asking Chris if he enjoys eating Indian food, to which he said he really likes having Indian food for its rich taste, adding that it comes in the way of exercising restraint. Sidharth then made Chris decode a few Indian food names, such as Chicken 65 and Bheja Fry. Intrigued by listening to ‘Bheja fry’, Chris promised Sidharth that he would visit India and try that.

"I would try that. It sounds nice. I like anything that is deep-fried. Anyone can cook a prime rib but if someone can make a goat's brain taste good, you have got extra special skills," he noted.

Taking the conversation on a lighter note, Chris spoke about his having 'fart breaks’ on the sets of ‘The Terminal List’ and revealed they were due to his birthday treats and also because he is a big foodie. "It was my birthday week and my wife made me birthday cookies. You gotta do what you gotta do," he told Sidharth.

Talking about Sidharth Malhotra, the 37-year-old will be next seen in ‘Thank God’ which also stars actor Rakul Preet and is helmed by Indra Kumar.