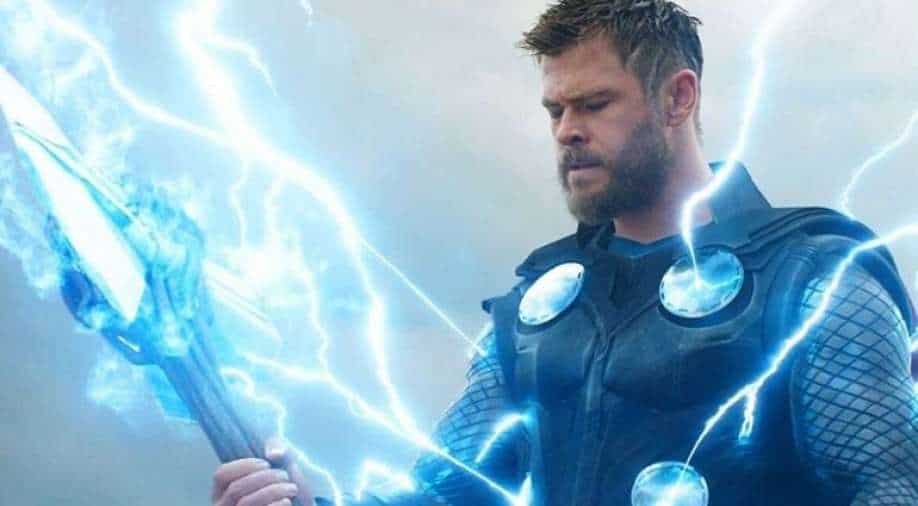 Chris Hemsworth's character Thor may be a favourite for many- but the actor still hasn't managed to impress his 7-year-old son.

Chris Hemsworth's character Thor may be a favourite for many- but the actor still hasn't managed to impress his 7-year-old son. The actor shared an adorable post on Instagram recently and highlighted how the God of thunder is not his son's favourite superhero.

The photo has Hemsworth spending some time with his son who can be seen sporting Superman's trademark red cape.

"Holding my little man’s hand and asking him the age old question. “What do you want to be when you grow up” “Dad i wanna be Superman” Lucky I have two other kids," Hemsworth's captioned the image.

The pics are presumably from the sets of 'Thor: Love and Thunder' as Hemsworth can be seen sporting long hair- part of Thor's look. The film is currently being shot in Australia.

Hemsworth has so far played Thor in eight Marvel films including three stand alone films. 'Thor: Love and Thunder' will also feature Natalie Portman as female Thor. It is being helmed by Taika Waititi and will have Christian Bale playing the antagonist.