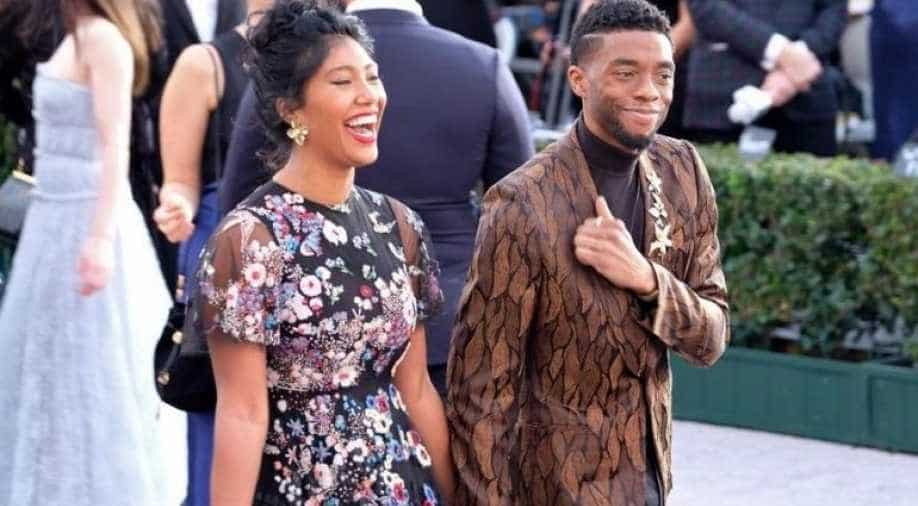 Chadwick Boseman died on August 28 at the age of 43 after a quiet battle with colon cancer.

'Black Panther star Chadwick Boseman who left us last year, is being honoured by his wife Simone Leeward.

On Saturday, during the Stand Up To Cancer telethon, the widow of actor star made an appearance and gave a heartfelt performance by remembering her late love.

'Black-ish' star Anthony Anderson who co-hosted the evening with Ken Jeong and his wife, Tran Ho, remembered the star and shared some emotional words for the late actor while introducing Simon.

We are honored to have Chadwick's wife #SimoneBoseman here tonight. Her incredibly powerful performance reminds us that we all have heroes in our lives. Now is the time to Stand Up for them and with them. 🧡 Give now at https://t.co/tNxh7oe6XK. pic.twitter.com/EwcyolYVmM

"Many of us were devastated to learn of Chadwick Boseman's tragic passing after he privately grappled with cancer for several years," Anderson began. "The world lost an incredible artist and a true hero. But before he was a public figure, he was a person like you or me, a son, a brother, uncle, cousin, friend, colleague, husband. Many of us are all too familiar with the fracture a dearly loved one's passing leaves in the lives of those who love them."

"Here to perform a song about living with the reality of loss and finding a way forward is Chadwick's wife, Simone," he concluded, introducing Simone, who performed a beautiful rendition.

During the event, she performed the emotional ballad 'I'll Be Seeing You' by Eddie Heywood.

Chadwick died on August 28 at the age of 43 after a quiet battle with colon cancer. He was diagnosed with stage III colon cancer in 2016.