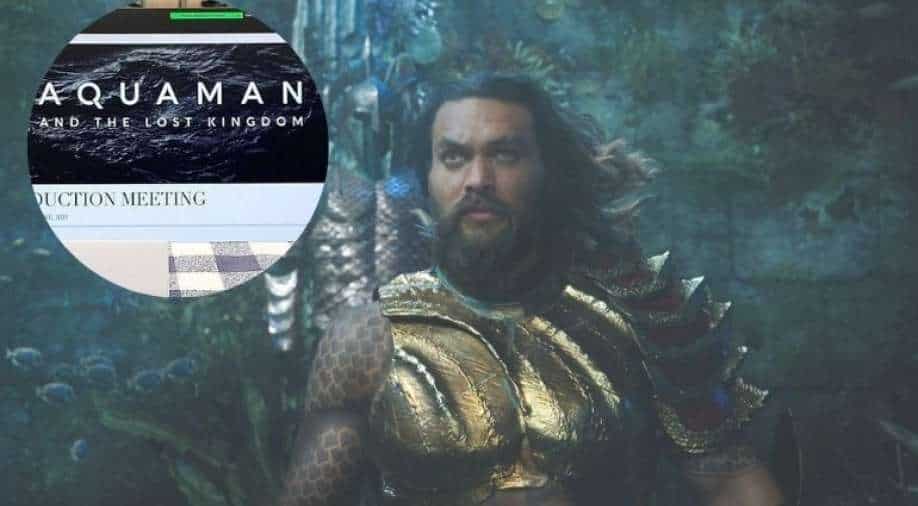 'Aquaman and the Lost Kingdom' is coming to theatres on December 16, 2022

The director of Jason Momoa starrer movie, James Wan, has just revealed the title of the upcoming sequel of the 2018 movie. James took his Instagram to reveal the DC film title. The image seems to be taken during the production meeting, shows the screen reading the movie title, ''Aquaman and the Lost Kingdom''.

The director captioned the image as "The tide is rising."

Wan is returning to direct and produce alongside Peter Safran. David Leslie Johnson-McGoldrick is writing the script. Jason is reprising the role of Arthur Curry in the 'Aquaman' sequel, where the first movie was one of the highest-grossing films of the year 2018. The American superhero film is based on the DC Comics character that follows the story of Arthur Curry (Jason Momoa), a human-born heir to the underwater kingdom of Atlantis, who goes on a quest to prevent a war between the worlds of ocean and land.

'Aquaman and the Lost Kingdom' is coming to theatres on December 16, 2022.