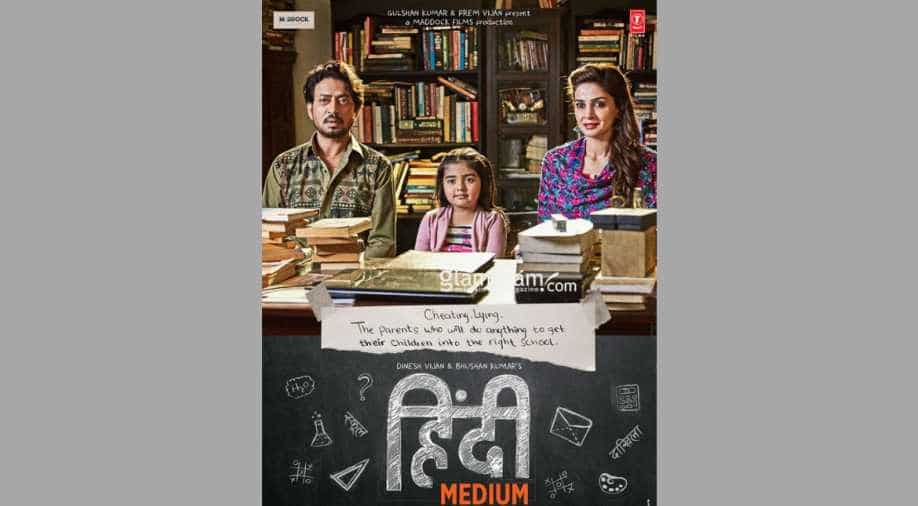 The first film, 'Hindi Medium' starred Irrfan Khan and Pakistani actress Saba Qamar in lead roles. The sequel will now have a different actress playing the lead opposite Khan.

For all those who loved watching Irrfan Khan in ‘Hindi Medium’ can rejoice as the makers are finally coming back with a sequel now that the lead actor is back in India.

As Irrfan Khan returned to the country earlier last month, news around the film has gained traction as a sequel is now planned to come soon. The sequel will, however, not be called ‘Hindi Medium 2’ as previously thought. It will be called ‘English Medium’ as the film will not centre around India but the plot will take Irrfan’s daughter in the first film to the US to pursue higher studies.

As per a report in Deccan Chronicle, Hindi Medium 2 is just a working title. A source quoted in the report said: “The film will not just address the issues of Hindi medium students in the US but also those of the students from other countries who face trouble fitting into a system where English is the primary spoken language.”

The makers are also looking at finding a replacement for the lead actress as the first film had Pakistani actress Saba Qamar opposite Irrfan.

Another change is that of the director. The first film had Saket Chaudhary helm the project while the baton has now moved to Homi Adajania who has directed films such as ‘Being Cyrus’, ‘Finding Fanny’ and ‘Cocktail’.

The shoot for the film will start soon.