Here's Barack Obama's list of best movies and TV shows of 2019; how many have you watched? 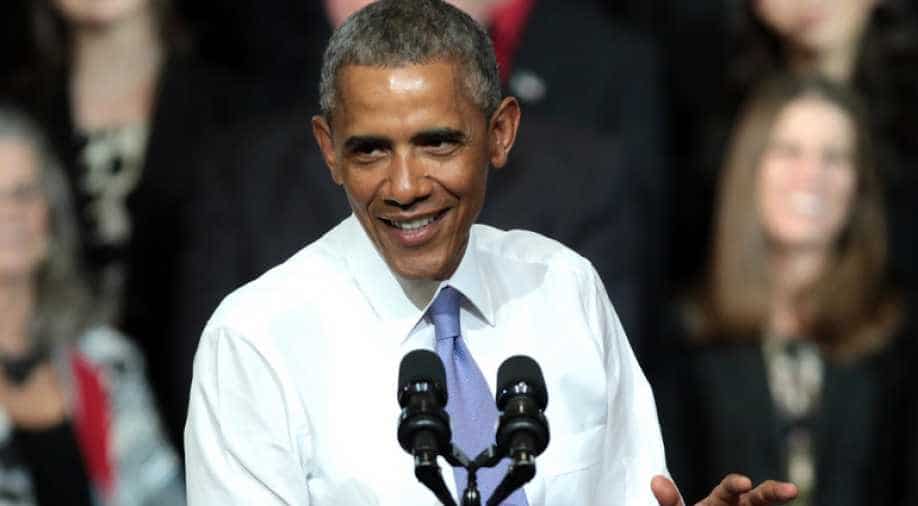 Prior to this, Obama has hosted events with young leaders in Germany, Indonesia, and Brazil. (File photo, Image source:flickr.com) Photograph:( Others )

Barack Obama just shared his most loved films and TV shows of 2019 and it includes 'The Irishman', 'Ford vs Ferrari' and 'Marriage Story'.

Barack Obama just shared his most loved films and TV shows of 2019 and it includes 'The Irishman', 'Ford vs Ferrari' and 'Marriage Story'.

The former president of US shared his list of favourite films and TV shows on social media. "This year's list includes everything from explorations of class dynamics and relationships, to an inspired reboot of a classic graphic novel, to a portal back to one of the most special places in history — an Aretha Franklin concert," Obama wrote as he shared the list.

Next up are my favorite movies and TV shows of 2019. Of course, there’s also American Factory, a film from our own production company, Higher Ground, that was recently shortlisted for an Oscar. Here’s the full list: pic.twitter.com/PEcgwotcxm

The list also included Korean film 'Parasite', 'Little Women' and 'Higher Ground' which was produced by the Obamas.

Obama has been sharing his list of favourite music, movies and books since the time he was the President of the United States.

A few days earlier, the former president had shared his favourite books of the year.

Here, have a look at his favourite picks of 2019. How many have you watched/ read?

'The Age of Surveillance Capitalism: The Fight for a Human Future at the New Frontier of Power' by Shoshana Zuboff
'The Anarchy: The Relentless Rise of the East India Company' by William Dalrymple
'Furious Hours: Murder, Fraud, and the Last Trial of Harper Lee', by Casey Cep
'Girl, Woman, Other' by Bernardine Evaristo
'The Heartbeat of Wounded Knee: Native America from 1890 to the Present' by David Treuer
'How to Do Nothing: Resisting the Attention Economy' by Jenny Odell
'Lost Children Archive' by Valeria Luiselli
'Lot: Stories' by Bryan Washington
'Normal People' by Sally Rooney
'The Orphan Master's Son' by Adam Johnson
'The Yellow House' by Sarah M. Broom
'Say Nothing: A True Story of Murder and Memory in Northern Ireland' by Patrick Radden Keefe
'Solitary' by Albert Woodfox
'The Topeka School' by Ben Lerner
'Trick Mirror: Reflections on Self-Delusion' by Jia Tolentino
'Trust Exercise' by Susan Choi
'We Live in Water: Stories' by Jess Walter