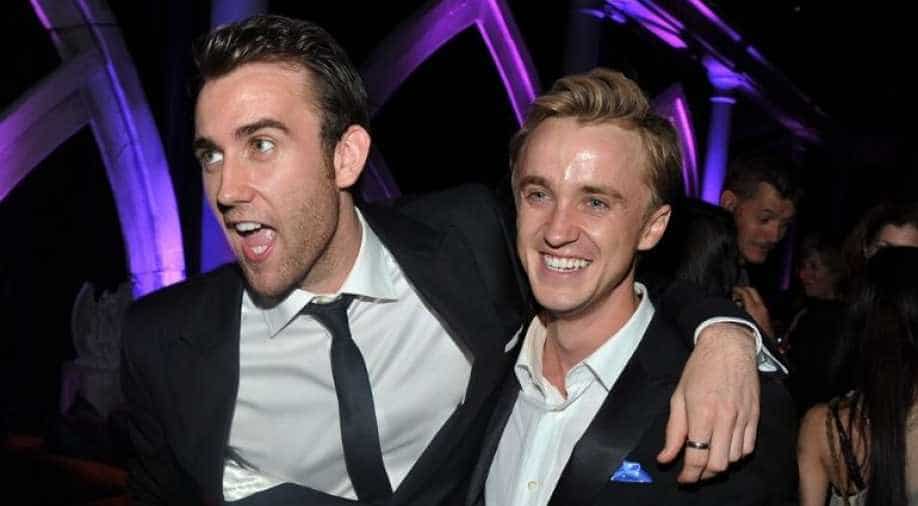 the final 'Harry Potter' film wrapped nearly a decade ago and has even had several meet-ups over the years.

Famous Hollywood franchise 'Harry Potter' star Tom Felton who played the role of Draco Malfoy, shared his childhood picture from the series and talked about aging.

On Thursday, the 32-year-old star shared a picture of himself posing next to a framed photo of him in the character. In the frame, the actor can be seen sporting his signature green and black Slytherin cloak.

"Agings a b----," he captioned the picture. As soon as the star shared the picture on the photo-sharing application, his fellow former co-star, Matthew Lewis, who played the role of Neville Longbottom in the highly-appreciated series, had something else to say about aging.

"Speak for yourself lad," the 30-year-old star wrote back. According to the news agency, the two have stayed close friends since the final 'Harry Potter' film wrapped nearly a decade ago and have even had several meet-ups over the years. 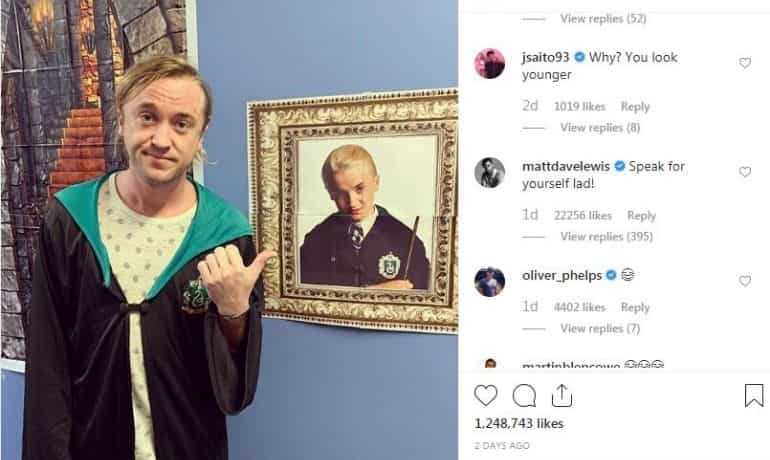 In August 2018, the two reunited with former co-star Emma Watson, who played Hermione Granger in the franchise.