Golden Globes eye history as show goes on without stars 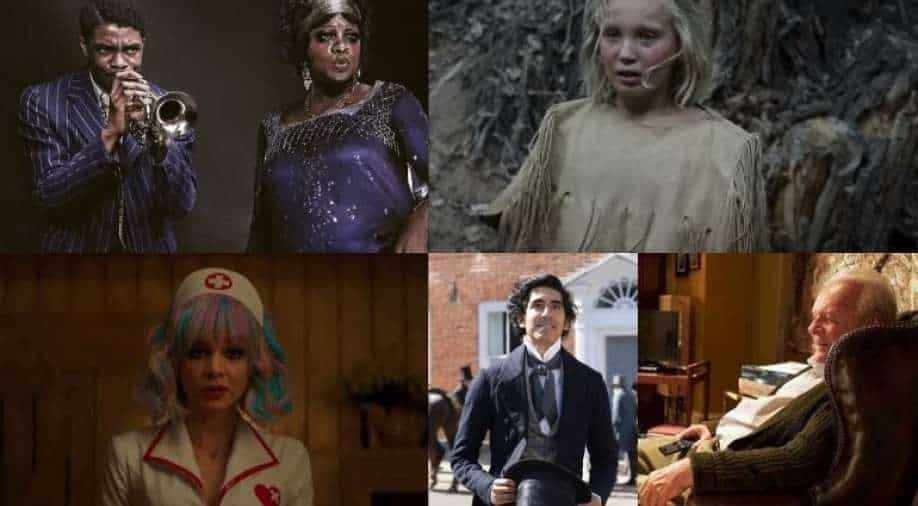 Hollywood's A-listers are staying home, but this Sunday's Golden Globes could still offer plenty of reasons to party -- from history-making female filmmakers to posthumous glory for a beloved Black film star.

Second, only to the Oscars, the season-opening Globes -- which also honour the best in television -- can massively boost or fatally dash the hopes of this year's film awards frontrunners like "The Trial of the Chicago 7" and "Nomadland."

Aaron Sorkin's ensemble drama about anti-war riots in 1968, and Chloe Zhao's paean to Americans roaming the West in vans, fueled by their timely themes of protest and joblessness, are battling for the Globes' top prize.

"If I had to guess... 'Chicago 7' is in good shape," said Deadline awards columnist Pete Hammond. "It hits the zeitgeist... even though it takes place 50 years ago. And it's got a big cast of stars."

In contrast, "Nomadland" throws Oscar winner Frances McDormand in with a rag-tag bunch of non-actors who truly live on the open road -- a "daring" move that may see it overtake its rivals, according to Variety awards editor Tim Gray.

"It's the definition of a little film... a film that stays with you," he said, adding he still tipped "Chicago 7" to win best drama film.

They will have to best Anthony Hopkins' dementia drama "The Father," #MeToo thriller "Promising Young Woman," and "Mank," David Fincher's ode to "Citizen Kane," which topped the overall nominations with six.

While the battle for best drama is tight, Zhao is seen as the clear favourite to scoop the best director. It would be a historic win, as she would be only the second female victor in the Globes' long history and the first woman of Asian descent.

"This is a year when women have strong movies... that is good news, and deserving," said Hammond.

"But we'll see how it goes -- in the end, David Fincher and Aaron Sorkin, two white guys, may win."

Several movies with predominantly Black casts including "One Night in Miami" missed out on best film nominations from the HFPA's mainly-white, 90-odd voters.

But one African American star is a strong bet for lead actor honours -- the late Chadwick Boseman.

Boseman, who died last August from cancer after a string of seminal roles including "Black Panther," put in an arguably career-best performance as a tragic young trumpet player in 1920s blues drama "Ma Rainey's Black Bottom."

"This is his best part, and the backstory is that he knew this might be his last performance -- so that's kind of hard to resist," said Gray.

"But it's not a guaranteed win," he added, with Hopkins a formidable contender as well as Riz Ahmed as a musician going deaf in "Sound of Metal."

On the actress side, Carey Mulligan's "Promising Young Woman" -- a revenge-seeker who lurks at bars, feigning drunkenness to lure men into revealing their own misogyny -- leads a pack including McDormand and Viola Davis as legendary crooner Ma Rainey.

Unlike the Oscars, the Globes split most movie categories into drama and "musical or comedy," with Sacha Baron Cohen's "Borat" sequel and the Disney+ film of the hit musical "Hamilton" leading the latter fields.

Cohen also has a best-supporting actor nod for "Chicago 7," while the Globes offer "Hamilton" its best shot at film honours after the Oscars declared the taping of Broadway shows ineligible.

In a Globes first, part of the show will take place down the road from Broadway at New York's Rainbow Room, where Tina Fey will be joined by presenters including Michael Douglas and Catherine Zeta-Jones.

Amy Poehler will co-host a scaled-down remote broadcast from the Globes' traditional base at a Beverly Hills hotel, as Globes organizers scramble to cope with California restrictions in place due to the coronavirus pandemic.

The A-list audience and nominees are expected to largely remain at home, accepting awards via videolink -- similar to the format of September's widely praised Emmys -- although precise details remain under wraps.

While the Globes are typically known as a raucous, star-studded and champagne-soaked event, Hammond predicted a "subdued party atmosphere."

That may not matter to the winners at Sunday's ceremony, which due to pandemic-related delays is being held five days before voting begins for April's Oscars.

"Those wins will be fresh," said Gray.  "If you win a Golden Globe... it's a notice to Oscar voters -- you'd better see this film before you vote, because it's worth looking at."