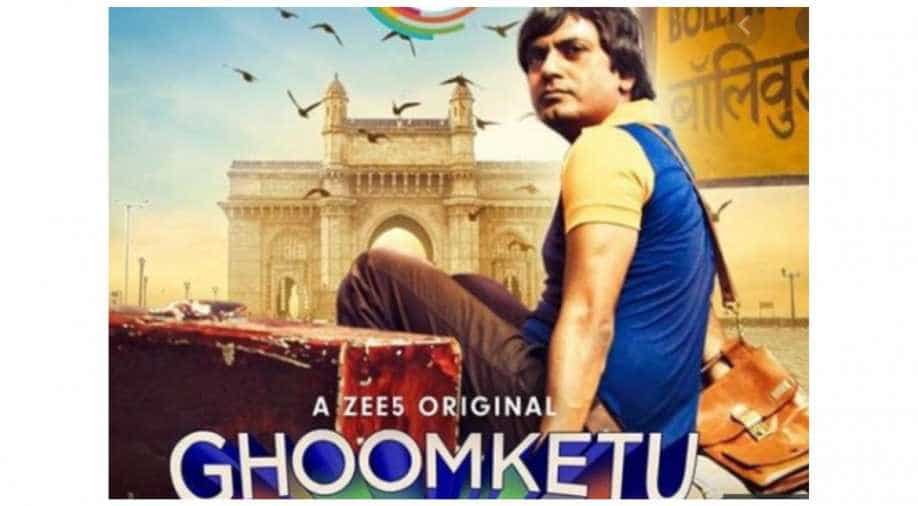 Nawazuddin plays the eponymous role of Ghoomketu in the film that will release on Zee5 amid coronavirus lockdown.

Nawazuddin Siddiqui is all set for the release of his film ‘Ghoomketu’ that reunites him with his ‘Gangs of Wasseypur’ director Anurag Kashyap who will don the hat of an actor and not filmmaker.

The two take the audience on a fun roller coaster as Nawazuddin plays a small town guy with dreams of making it big in Mumbai while Anurag is a laid back cop who is more concerned with familial issues than his administrative duties.

Nawazuddin plays the eponymous role of Ghoomketu in the film that will release on Zee5 amid coronavirus lockdown.

Directed by Pushpendra Nath Misra and produced by Phantom Films and Sony Pictures Networks (SPN), Ghoomketu will release on ZEE5 on May 22.

It also stars Ila Arun as Ghoomketu’s aunt along with Raghubir Yadav, Swanand Kirkire and Ragini Khanna. Actors Chitrangada Singh, Lauren Gottlieb and filmmaker Nikkhil Advani will also be seen in a brief appearance in the film.

On an earlier occasion, Nawazuddin spoke of the film and said, “Ghoomketu is a quirky, never-seen-before character and I thoroughly enjoyed playing him. Anurag, who is generally behind the camera, will be seen sharing screen space with us and it was a great experience to work with him as an actor. Ghoomketu has a phenomenal storyline which will definitely entertain the audience.”

While Anurag said, “Every film is a labour of love and I saw the conviction in the director of Ghoomketu and hence decided to do something which is my least favourite thing to do, which is act. The film is funny and heartwarming.”