Banning phones to replacing staff at Jodhpur palace; inside details of Priyanka-Nick wedding 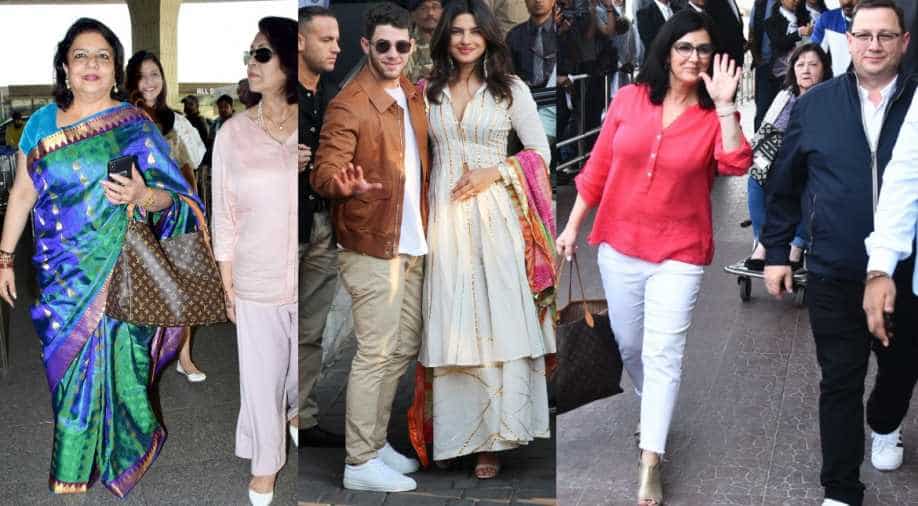 The duo is said to celebrate their mehendi and sangeet ceremonies in the plush heritage property today.

Priyanka Chopra and Nick Jonas are already in Jodhpur, gearing up for their functions at this moment at Umaid Bhawan Palace. The duo is said to celebrate their mehendi and sangeet ceremonies in the plush heritage property today.

They were spotted with family and relatives leaving for Jodhpur earlier in the morning, smiling for the cameras. See pictures here.

While you must be excited for the glamorous wedding, thinking that you’ll get to see more of the couple and their festivities (considering it’s all happening here in India, unlike Deepika Padukone and Ranveer Singh’s wedding), there is a high possibility that we won’t get any  update on the wedding till the family decides to release images and videos. It has been reported that Priyanka has banned mobile phones during the ceremonies and the guests have been made to sign a confidentiality clause.

The security around the venue has obviously been beefed up with almost the entire management and staff of the property asked to go on leave. They have reportedly been replaced with security staff hired by the glam couple.

Don’t get disheartened as we will continue to get whatever information of our beloved stars for you. We have learnt that Nick will arrive for the December 2 wedding (Hindu ritual) in a horse-drawn carriage baraat.

Also, Jonas’s parents Denise Miller-Jonas and Paul Kevin Jonas have arrived at the Jodhpur airport for the wedding.

Priyanka’s wedding has been the talk of the town for some months now. She hosted a gala bridal shower, in which she stunned in plume bustier dress. She then looked visibly happy as she went on a bachelorette trip with her girl gang.