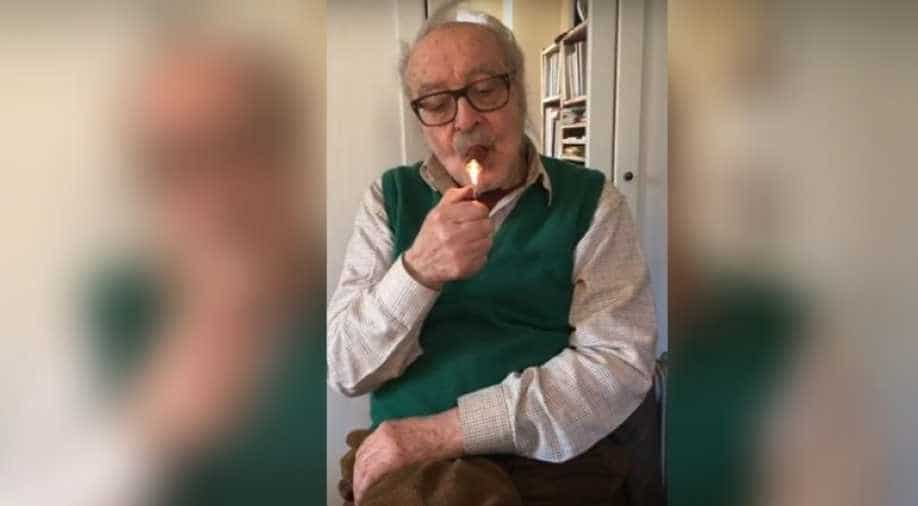 The icon of French New Wave cinema, Jean-Luc Godard went live on Instagram recently much to the delight of his fans world over.

The icon of French New Wave cinema, Jean-Luc Godard went live on Instagram recently much to the delight of his fans world over. The veteran filmmaker, film critic gave a masterclass over Instagram on Monday as he spoke about 'images at the time of coronavirus' with Lionel Baier, head of the cinema department of ECAL (University of Art and Design Lausanne). Godard spoke for 90 minutes from his home in Switzerland while smoking a fat cigar.

Terming the virus as a means of 'communication,' the director said, "we are not going to die of it, but maybe we are not able to live well."

The majority of the conversation, however, was not about coronavirus, but about Godard’s own philosophies.

Godard returned to a subject that he has frequently explored in his work – the inadequacy of language – and paid tribute to the late Jacques Rivette and Eric Rohmer, both former New Wave colleagues.

The veteran filmmaker also revealed his method of writing. “I write by hand if possible. Before I typed, but I prefer to write by hand. Very often I write very small. Afterward, I cannot read myself again. So I have to rewrite it,"  the director said.

He also gave advice to young filmmakers: “During the New Wave, I thought that cinema should be taught at the University. As now it takes baccalaureate X years for everything, I would rather recommend that they go home and do something else."

For many Godard's Instagram live session may have come as a surprise but the director is not completely new to the world of social media. While promoting his film 'The Image Book' at Cannes in 2018, the legendary director held a press conference via Face Time where the journalists posed questions to the filmmaker via smartphone held by one of the festival organizers.