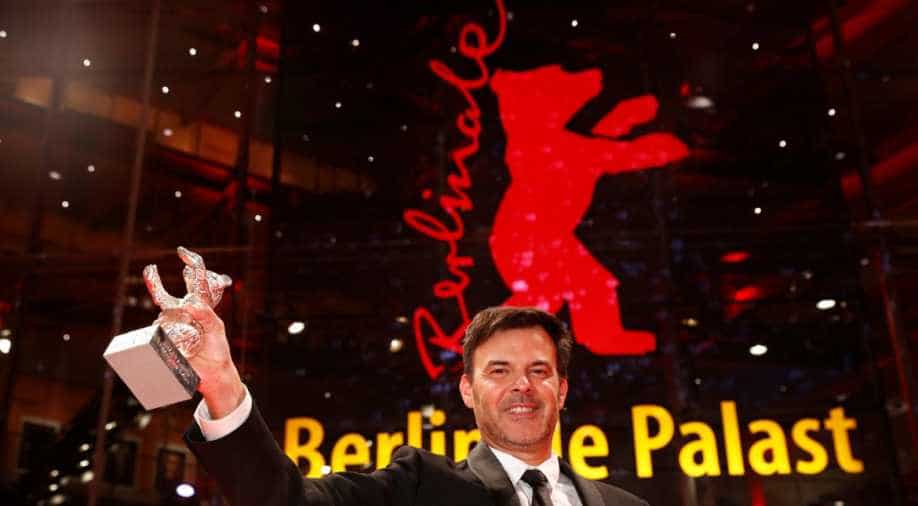 Francois Ozon poses with Silver Bear Grand Jury Prize for the film "By the Grace of God", after the awards ceremony at the 69th Berlinale International Film Festival in Berlin. Photograph:( Reuters )

The film is inspired by the real-life battle fought by victims of a paedophile Catholic priest.

A Paris court on Monday threw out an attempt to block the French release of a film inspired by the real-life battle fought by victims of a paedophile Catholic priest, lawyers said.

Father Bernard Preynat was accused of abusing dozens of boy scouts during the 1980s and early 1990s and was removed from his post in the Lyon diocese in 2015. He has admitted sexual abuse, according to his lawyer, and is due to go on trial this year.

Francois Ozon's film 'Grace a Dieu' (By the Grace of God), which won the Silver Bear Grand Jury Prize on Saturday at Berlin's International Film Festival, tackles the story behind France's most important church child abuse scandal to date.

"To portray a man as guilty for two hours when he hasn't yet been tried is an affront to the presumption of innocence," lawyer Emmanuel Mercinier told Reuters.

The judge confirmed that events were presented as fact in the film, Mercinier said, but ruled that a written message at the film's end indicating that Preynat was innocent until proven guilty was sufficient under French law.

The movie is due to be released on Wednesday, on the eve of a meeting in Rome between Pope Francis and senior bishops from around the world to discuss the protection of minors.

Pope Francis has come under fire for his handling on a spreading sexual abuse crisis in the Catholic Church.

Much of the focus has been on the United States, Chile and Australia. The trial last month, however, of the Roman Catholic archbishop of Lyon, Cardinal Philippe Barbarin, who is accused of failing to act on historic abuse allegations against Preynat, turned the focus back onto European clergy.

The film recounts the true story of a group of sex abuse victims who in 2015 formed an association, La Parole Liberee, (The Freed Word) to shatter the silence around the abuse allegedly committed by Preynat.

Ozon said the film could not prejudice Preynat's trial as the events had all been reported by the media. "Everything I talk about in the film has already appeared in the French press," Ozon told reporters at an advanced screening.