First look of Vidya Balan in and as 'Shakuntala Devi' human computer is out, see photo 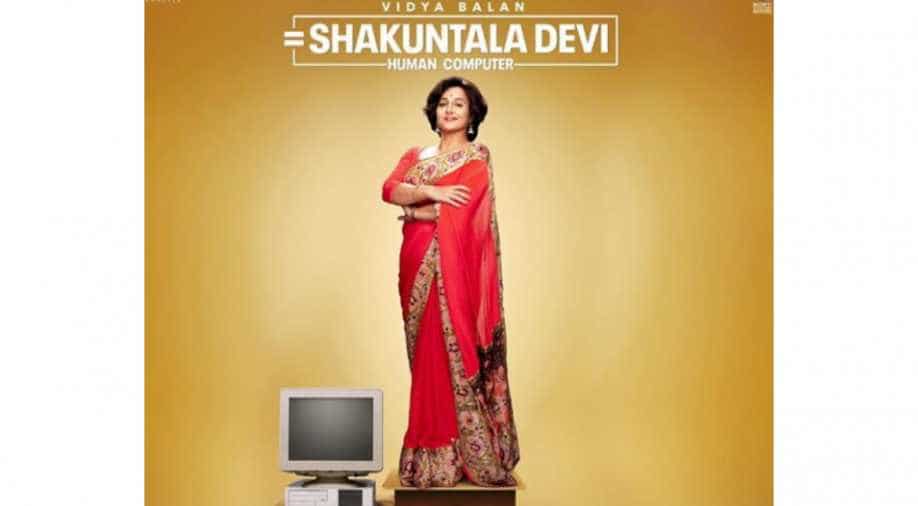 The film has been directed by Anu Menon and is based on the life of mathematics genius Shakuntala Devi.

The first look poster of Vidya Balan’s next film ‘Shakuntala Devi’ has been released. The makers have also come out with the teaser of the film as they introduce the Indian genius Shakuntala Devi, most popularly known as the human-computer.

Vidya’s look is entirely different from the character she portrayed on-screen in her last film, Mission mangal where she played an Indian space scientist who worked in the MOM (Mars Orbiter Mission) with Akshay Kumar and other actresses, However, for this film, she dons short hair and a red saree.

The film has been directed by Anu Menon and is based on the life of mathematics genius Shakuntala Devi. It is set to release in the summer of 2020.

For those uninitiated, Shakuntala Devi's genius was first discovered at the age of 5 when she solved a math problem meant for 18-year-old students. Though she never received any formal education, her talent for numbers also earned her a place in the 1982 edition of the Guinness Book of World Records.

Apart from being a mathematician, Shakuntala Devi was an astrologer, cookbook author and a novelist. She travelled the world demonstrating her mathematical ideas - at colleges, in theatres, on radio and on television. She also penned the book The World Of Homosexuals.

Vidya Balan on the role, in an earlier interview, said, "Shakuntala Devi was truly someone who embraced her individuality, had a strong feminist voice and braved many a naysayer to reach the pinnacle of success. But what truly fascinates me is that you wouldn't normally associate a fun person with math... and she completely turns that perception on its head."

On how she is most suited for the role, Vidya said, "I will get a bob to look the part. So the curly bob and my classic South Indian face is a good match for the part."

Shakuntala Devi is written by Anu Menon along with Nayanika Mahtani, and the dialogues are penned by Ishita Moitra.