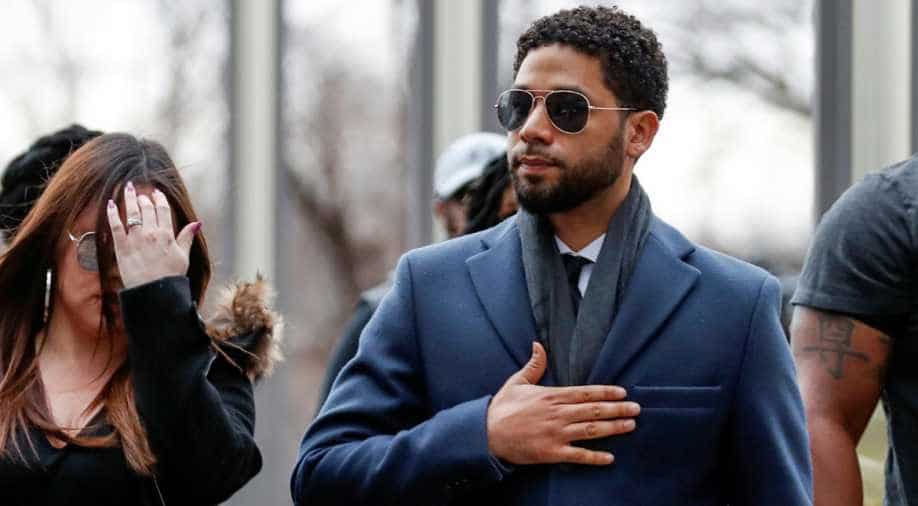 ‘The Empire’ actor Jussie Smollett pleaded not guilty as he appeared in a Chicago court on Thursday after being charged with falsely reporting to the police that he was a victim of a racist and homophobic assault on a city street.

He was initially charged with disorderly conduct via the class 4 felony false report allegation and later indicted on 16 felony counts for allegedly lying to the authorities. He claimed back then that he was attacked by two Donald Trump supporters and beaten because he is African-American and homosexual.

Jussie came to the court dressed in a navy suit with his attorneys.

Initially being probed for discrimination, the police determined that he had allegedly set up the highly publicised attack to further his career. He was subsequently arrested and charged.

Jussie is currently out on $100,000 bail. As he went to court on Thursday, he was heard saying “yes sir” to judge as he instructed him that he would next return to court on April 12.

The actor and his attorneys deny he had anything to do with the assault other than being the victim of a hate crime.

Meanwhile, on the professional front, Fox has now cut his character in ‘Empire’ after he was arrested.