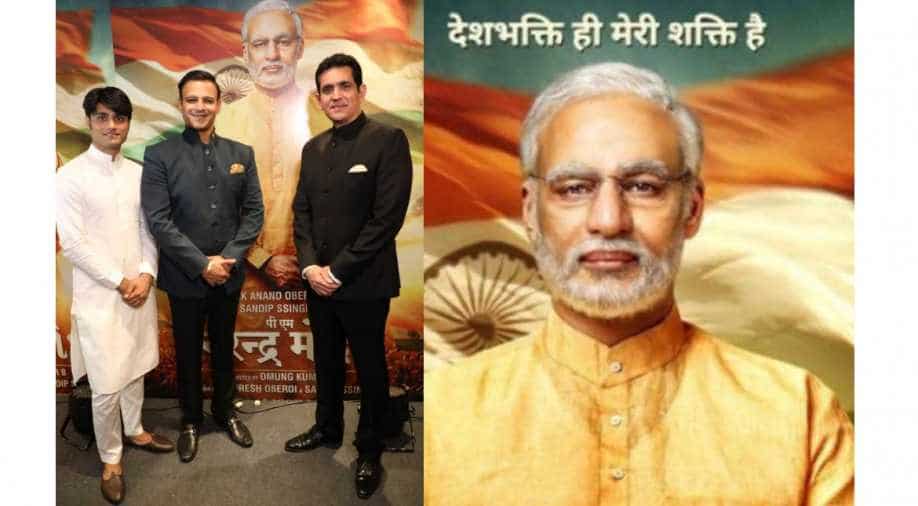 Director Omung Kumar and actor Vivek Oberoi along with the poster of biopic on Narendra Modi. Photograph:( WION Web Team )

Biopics are the new hit mantra for a successful film.

Kumar is not new to biopics as he has previously done films in the genre including those on Mary Kom and Sarbjit.

According to details revealed about the film at the poster launch, the biopic will trace the journey of a tea-seller who went on to become a politician before becoming the country's Prime Minister.

At the first poster of the film was launched Omung said, "This is one of the most difficult and challenging roles that I'll be playing in my career which is to direct a film, a biopic of a man who is one of the most prolific leaders in the history of India. It's the most challenging thing a director can do and I humbly take the opportunity that I try my level best to do full justice to and make a film that everyone will be proud of. We only require your blessings and support."

The biopic will be shot in locations across the country. The first schedule of the film is expected to start in a fortnight's time.