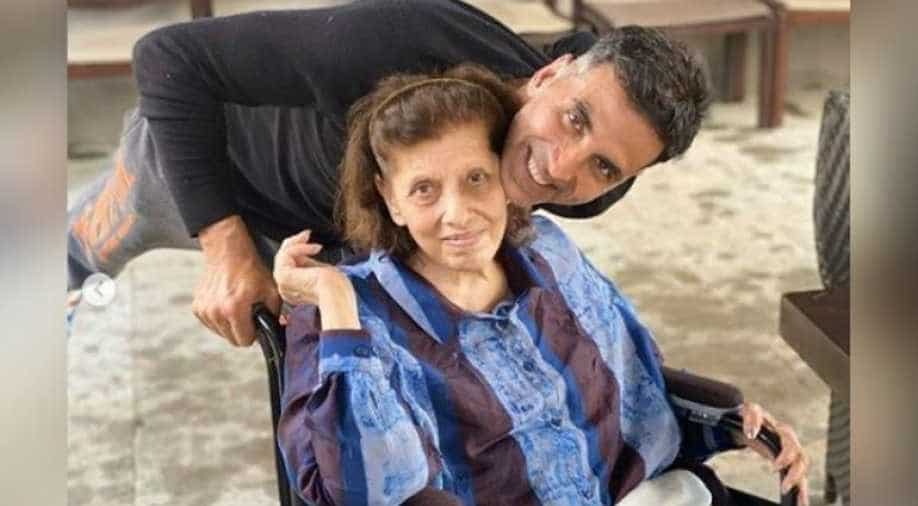 The veteran actor`s mother who turned 80 this year was recently spotted celebrating her birthday with her family and friends.

Actor Dimple Kapadia's mother Betty Kapadia passed away late last night at the Hinduja Hospital in Mumbai at the age of 80.

The veteran actor`s mother who turned 80 this year was recently spotted celebrating her birthday with her family and friends, including her granddaughter, Twinkle Khanna and her husband Akshay Kumar.

Grandmother’s 80th with family, friends and loads of laughter #ShilimDiaries

Twinkle had also shared a few sweet snaps from the celebrations on her Instagram handle and wrote, " Grandmother's 80th with family, friends and loads of laughter #ShilimDiaries."In one of the pictures, Betty, seated in a wheelchair, can be seen posing for the lenses with Akshay in all smiles.

Dimple's mother was married to a Gujarati entrepreneur Chunnibhai Kapadia and together had four children including the 62-year-old actor, her late sister, who was also an actor, Simple Kapadia, another sister, Reem and a brother, Munna.