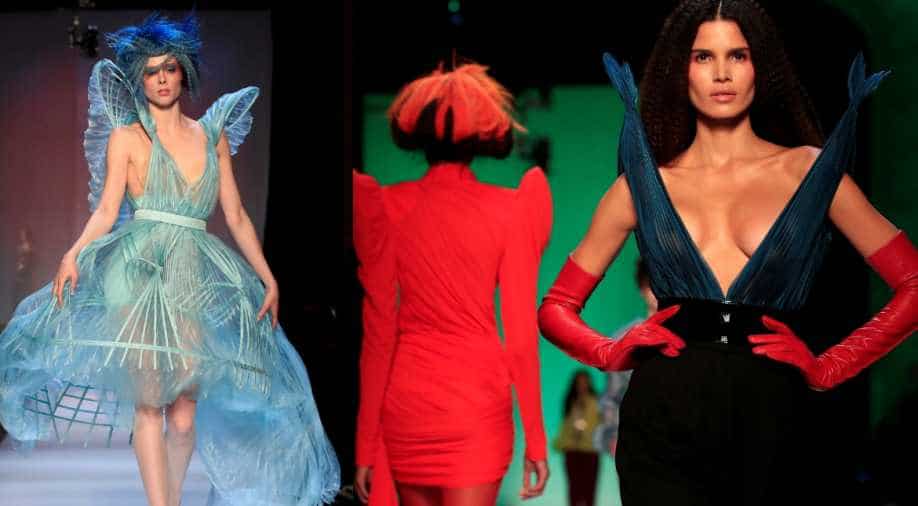 Gaultier quit ready-to-wear fashion in 2014 to focus on the one-of-a-kind outfits presented in Haute Couture Week in Paris, as well as his perfume line.

At the Paris Haute Couture Week, French designer Jean Paul Gaultier brought Japanese culture on the runway with a riot of colours.

Models were seen walking on the tune of  ‘La Mer’ by Charles Trenet as the show opened with a short series of blue and white striped tops, an emblematic pattern of Gaultier's repertoire since the 1980s and his famous Toy Boy collection.

The collection also revisited the art of pleating, including in the waffled hair sported by some models. Wearing high heeled jelly shoes, one model strutted down the runway in an asymmetrical cascade of pleated purple organza on a black bustier and a creme pants, tied together by an obi belt.

You could also see a wedding dress of sheer organza built around a see-through cage that closed the show.

Gaultier quit ready-to-wear fashion in 2014 to focus on the one-of-a-kind outfits presented in Haute Couture Week in Paris, as well as his perfume line.