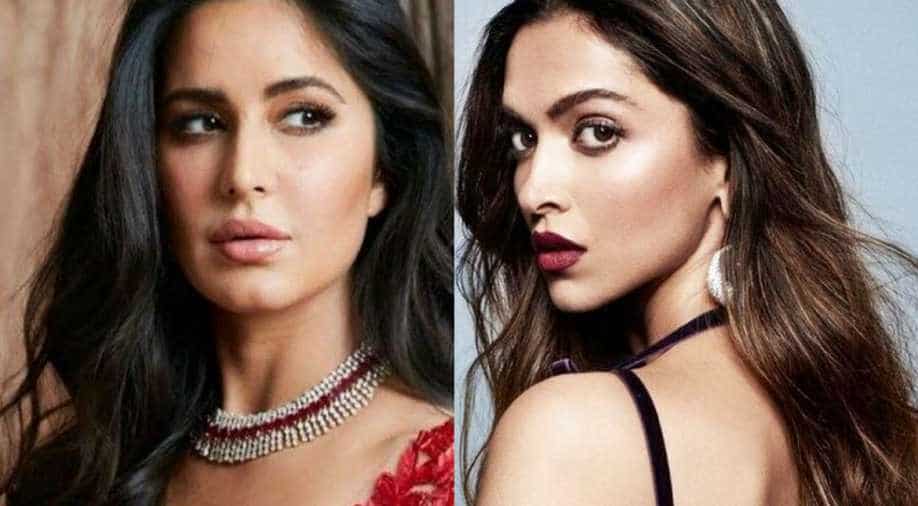 Looks like Deepika and Katrina have finally moved on from their alleged tiff and are on the way to becoming fast friends. Not only were they seen hugging on many occasions but have been found dropping little comments on each other's Instagram posts as well.

Deepika Padukone and Katrina Kaif, have been known to give each other the cold shoulder from time to time. However, it seems like they have finally moved on from their little tiff and buried the hatchet.

Not only were they snapped hugging at various occasions in the recent past, but Katrina also attended Ranveer and Deepika's wedding reception which was held in Mumbai in 2018.

And now they can be seen dropping little comments on each other's Instagram posts.

Katrina, who joined Instagram in 2017 and instantly gathered a huge following, posted a picture with her hair artiste Amit Thakur on Thursday and captioned it, "Bhaiya (Brother) and me."

The picture was liked by millions but it was Deepika's comment that stood out when she wrote, "too much hotness in one frame!!!@katrinakaif @amitthakur_hair". 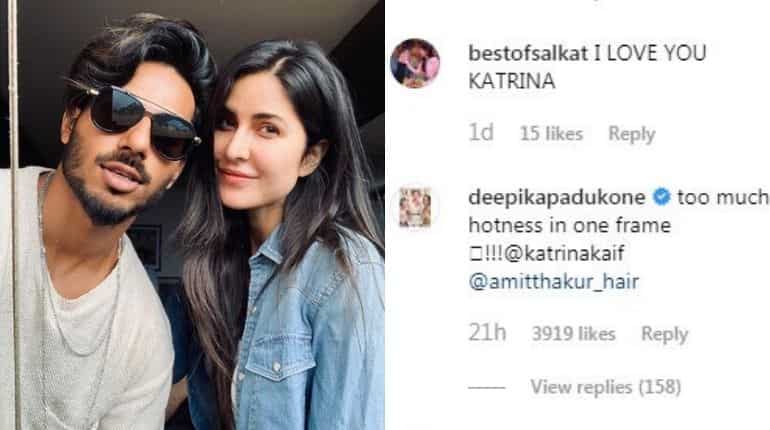 From the looks of it, Katrina and Deepika have left everything in the past and moved on quite gracefully. They had once shared cold vibes due to a common man-Ranbir Kapoor. Deepika was reportedly hurt when Ranbir cheated on her with Katrina Kaif. But these remained rumours as none of the parties ever spoke out.

On the work front, Katrina will be seen sharing a screen with Akshay Kumar in Rohit Shetty's 'Sooryavanshi' that is set to release in 2020.

On the other hand, Deepika will be seen opposite Ranveer Singh in the upcoming '83' and her maiden home production 'Chhapaak'.