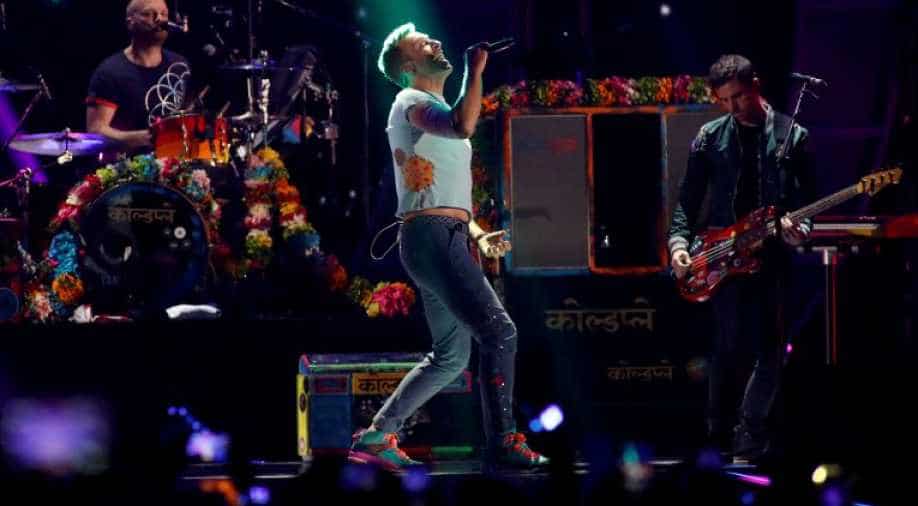 'We're not touring this album. We're taking time over the next year or two to work out how our tour (can not only) be sustainable but how can it be actively beneficial,' Martin said.

British band Coldplay will not tour to promote their new album, but are working on how to make their gigs environmentally sustainable, lead singer Chris Martin said.

The rock group, known for songs like 'Yellow', 'Paradise' and 'Viva la Vida', will release their eighth studio album 'Everyday Life' on Friday. The 52-minute record is made up of two halves, 'Sunrise' and 'Sunset'.

"We're not touring this album. We're taking time over the next year or two to work out how our tour (can not only) be sustainable but how can it be actively beneficial," Martin told British broadcaster BBC in Jordan, where Coldplay will perform two shows on Friday to mark the album's release.

"Our dream is to have a show with no single-use plastic, to have it be largely solar-powered."

Coldplay will play a one-off show at London's Natural History Museum on Monday to promote the album. All performance proceeds will go to environmental charity ClientEarth.

"This is expected to be the band’s only UK show of the 'Everyday Life' era," a press release for the show said.

Coldplay last toured globally in 2016-2017 to promote the album 'A Head Full of Dreams'.

"All of us, in every industry, have to just work out what the best way of doing our job is ... The hardest thing is the flying side of things," Martin said.

Amid growing environmental concerns from consumers and young fans, several music artists have addressed climate change in lyrics or announced plans to improve their green credentials.

Rockers The 1975 teamed up with climate activist Greta Thunberg for a track on their upcoming album in which the teenage Swedish activist warns about climate change.

"It is fantastic to see world famous artists stepping up to protect the planet," Gareth Redmond-King, head of Climate Change at the WWF conservation group, said in a statement.

"We all have a responsibility to lead by example in the face of this climate and nature crisis - inaction is not an option if we are to preserve our planet for future generations."