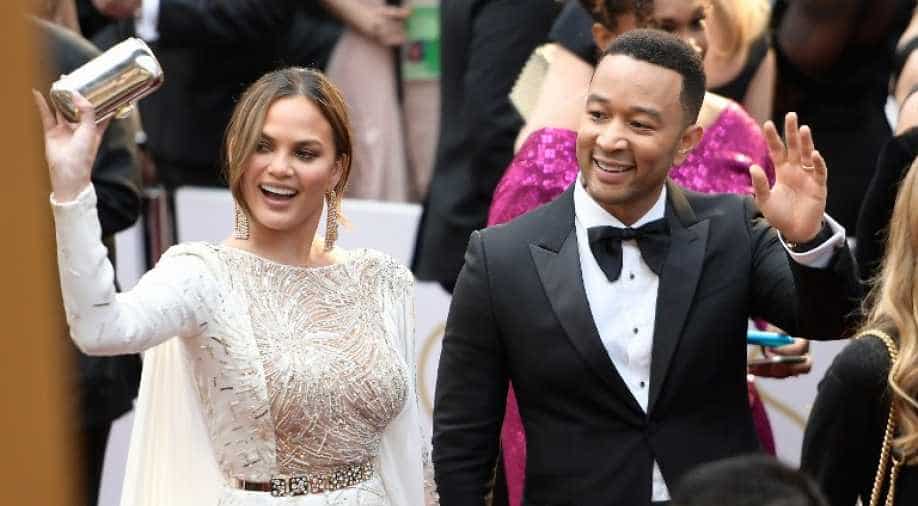 Legend is married to model Chrissy Teigen with whom he has two children and is the first black man to have achieved coveted Emmy, Grammy, Oscar, and Tony (EGOT) status for his work on stage and screen.

Ever since American singer John Legend received the title of Sexiest Man Alive, his wife and model Chrissy Teigen has been trolling him on it. She couldn't pass the perfect opportunity to do so after the family enjoyed their Thanksgiving feast on Friday.

On Friday, the mother of two showed off the trio's hilarious outfits and wrote in an Instagram post on Friday "Great pic guys we all look great!!!"However, this is not the first time Teigen has poked fun at her husband's title as Sexiest Man Alive, She has been teasing Legend about it on Twitter since the news broke, and even updated her bio on the social media platform to read, "currently sleeping with people's sexiest man alive.

"Last week, during a visit to 'The Tonight Show Starring Jimmy Fallon', Teigen appeared completely unimpressed as Legend swayed his hips in a sexy elf costume. But family Thanksgiving celebration included a lot more than Sexiest Man Alive jokes, and the model shared glimpses into their holiday with Instagram videos and photos.

Teigen's niece and her three-and-a-half-year-old daughter Luna, helped her prepare some of the Thanksgiving staples like green bean casserole, cranberry and of course, turkey for their feast.