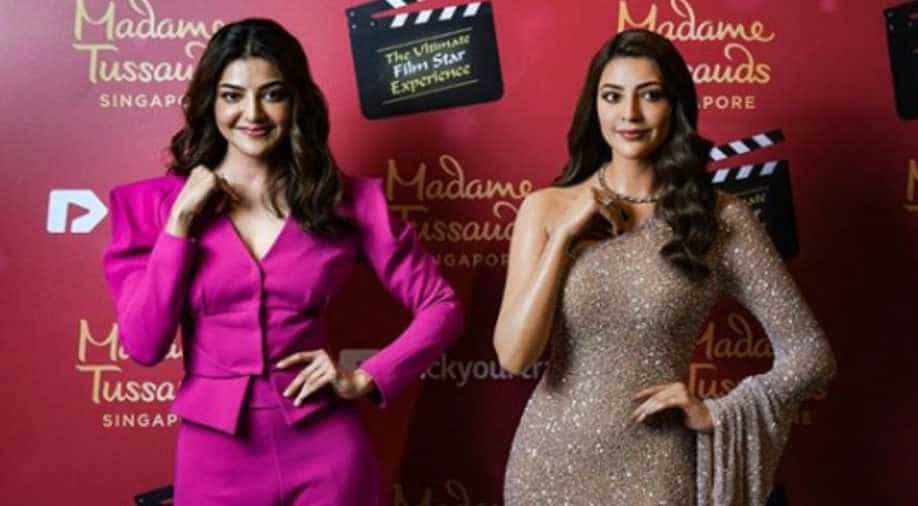 The South Indian actress attended the unveiling of her Madame Tussauds statue with family.

We last told you that South Indian actress Kajal Aggarwal who has also done several Bollywood films is getting a wax statue at Madame Tussauds Singapore. The actress has now shared pictures from the statue unveiling on Wednesday.

In pictures, Kajal can be seen striking a pose similar to that of her statue.

Kajal wore a striking pink-colored pantsuit as she can be seen posing next to her statue that is seen wearing a shimmery one-shoulder gown.

Kajal is the first South Indian female actor to get a wax statue at Madame Tussauds.

Speaking about the experience, Kajal at the unveiling said, “I was very overwhelmed and humbled. Very grateful and ecstatic,” she said.

Thank you @yousef_aljasmi for this stunner outfit. 8kgs, glittering in Swarovski and looked stellar ! Styled by @archamehta 💕

The South Indian actress attended the unveiling with her family.

Among others from the industry, Telugu stars Mahesh Babu and Prabhas have statues at Madame Tussauds Singapore. Among the Bollywood stars, there are Shah Rukh Khan, Anushka Sharma, Deepika Padukone and Sridevi at the museum.